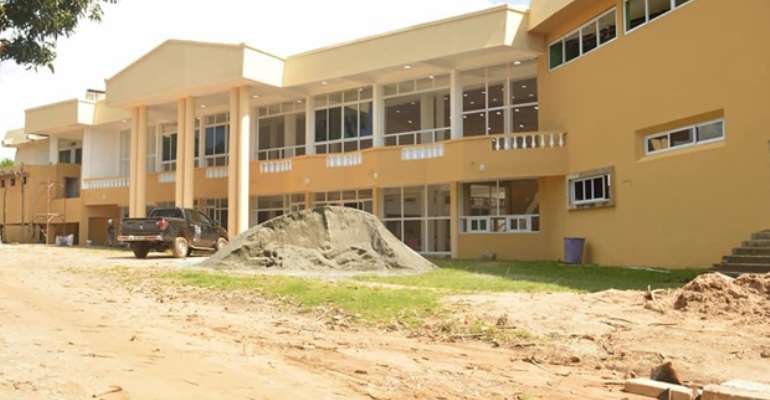 The performance theatre of the Koforidua Centre for National Culture (CNC) with 1,500 sitting capacity has officially been commissioned for use.

The Deputy Minister for Tourism, Arts & Culture, Dr. Ziblim Iddi, who commissioned the theatre, stated that the completion of the theatre was to fulfil the manifesto promise of the New Patriotic Party (NPP) to complete the various regional cultural centres, which were at various stages of construction to help provide decent halls for the creative and the performing arts in the country.

According to him, the completion of the performance theatre would help revive all sectors of the arts and its attendant benefits and opportunities to the practitioners and professionals in the region and the country at large.

The minister said culture and creative arts now play a major role in the economic development of countries and in job creation in the world, hence economic planners and policymakers were now giving it the much needed attention in economic planning.

On his part, the Eastern Regional Minister, Eric Kwakye Darfour, said the completion of the theatre would help create employment for the youth in the region and beyond.

He appealed to the public to use the facility for their conferences and workshops in addition to the promotion of the arts and culture of the region.

Mr. Darfour called on the management of the theatre to come up with a comprehensive plan for the maintenance of the facility to ensure that it does not deteriorate.

The Eastern Regional Director of CNC, Mr. Stephen Sedefo, thanked the regional minister and the various personalities who played various roles to see to the completion of the theatre.

Nana Nyantekyie Tutu-Boateng, Krontihene of the New Juaben Traditional Area, who chaired the function, called for efforts to reclaim the lands for the centre which had been encroached upon by some private developers.