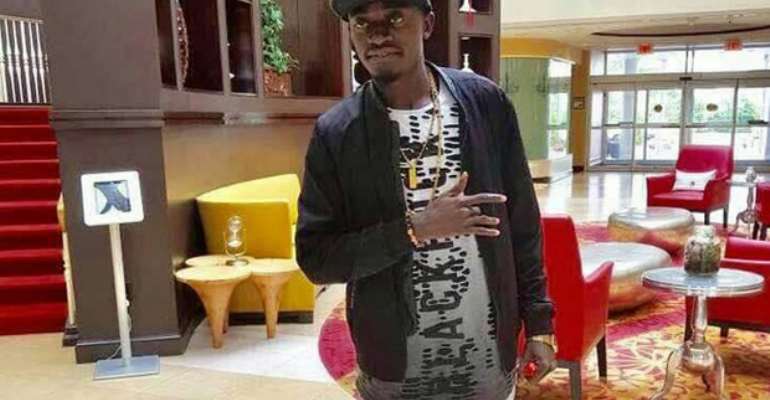 Kumahood actor and comedian, Lil Win has been unveiled as the official brand ambassador for No. 8 Snacks. Produced by Foodtech Limited, No. 8 has become a favourite snack for the Ghanaian populace, considering its unique taste purely made from local raw materials.

Over the past years, Lil Win has spearheaded all the TV adverts and other advertising activities of the firm, but his new one year deal would see him play a more crucial role for the brand.

Mr. Paul Anku, a marketing executive at the company, in his address at a brief unveiling ceremony, stated the significance of attaching Lil Win to their brand as previous dealings with the popular Kumahood actor has been fruitful.

“This new deal is to encourage him in his respective endeavours and we will support his corporate social responsibility scheme,” he said.

He added that “Lil Win, who doubles as chief executive officer of Wezzy Empire, will be giving a brand No. 8 car which will help undertake his responsibilities stated in the contract.”

The musician was very excited with the new deal and demonstrated his readiness to help propel the No. 8 brand to greater heights.