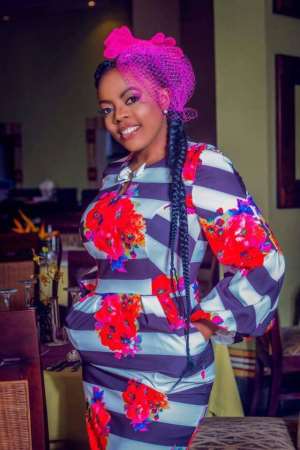 GHOne news anchor Nana Aba Anamoah has confessed that she likes women who ask men for money after she was engaged in the new hiplife song ‘Menpe’ video challenge.

The #Menpe challenge is a new ingenuity by Ghanaian sensational musician Amrado where music fans voice out what they dislike to mimick his new song titled ‘Me np3’.

Ghanacreativearts.com have sighted many videos mainly from people in Kumasi and others from known faces in the entertainment industry listing some of the things they dislike singing along with the ‘Me npe’ niche.

Considering the speed and excitement she used to alter her initial rhyme, one could easily say that she meant it.

Watch video of Nana Aba doing Me Npe challenge below