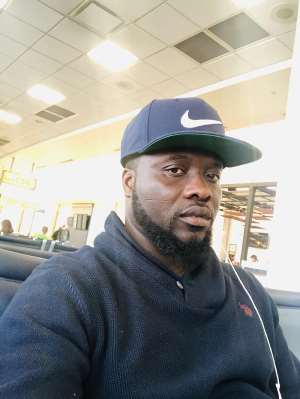 A US-based Ghanaian musician, Charles Taylor well-known as Ras Bobo has been arrested for an attempt to smuggle to the United States a substance believed to be cocaine.

Charles Taylor was reported to be apprehended by security agents at the Hartsfield–Jackson Atlanta International Airport at the last checkpoint before he could board a Delta AirLine flight.

According to the security sources, he concealed the whitish substance weighing 15.5 grams in both sides of a briefcase he was carrying.

But after he was arrested, Charles Taylor revealed that he was traveling back to the United States after he has finished performing on his dubbed concert in Mexico, Pachuca.

He further explained that because the trip was for just a few days he decided not to travel with heavy luggage and therefore bought the briefcase at Pachuca, from roaming vendors.

Taylor said he did not know the briefcase contained the substance but however, investigations about the briefcase and its whitish substance are still underway and Ghanapage.com will do well to bring updates on the story.