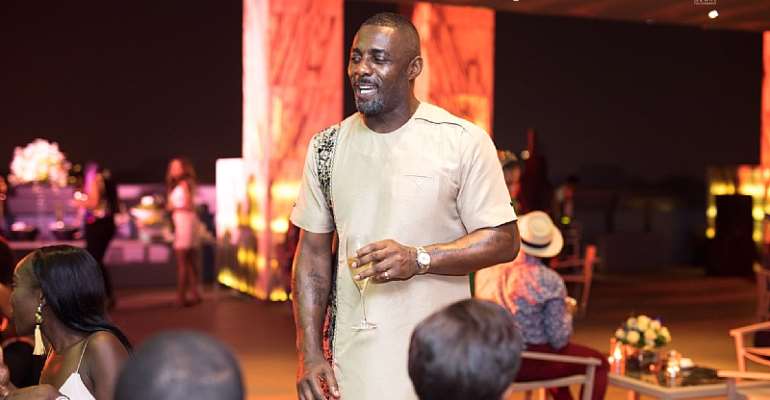 Hollywood's elite were drawn back to their roots as 2018 came to a close, as industrialist and philanthropist Nana 'Cheddar' Kwame Bediako celebrated Ghana's rise to travel, tourism and entertainment global 'hotspot', at a lively gala hosted as only he can – In style and luxury and by making news.

Nana 'Cheddar' Kwame Bediako proudly launched the first GLOBAL NETWORKING PARTY, bringing together stars such as Idris Elba ('Star Trek: Beyond', 'Luther', 'The Office', 'The Wire'), supermodel Naomi Campbell, Anthony Anderson ('Law and Order'), football player Jerome Boateng and others, each returning home to Africa under one roof, together celebrating their achievements and future ambitions from Ghana's capital of Accra.

Held on the 28th of December, 2018, at the acclaimed rooftop Sky Bar of what has quickly become one of Accra's most desirable Hotel Residences, Kwarleyz Residences, the luxurious gala hosted by Mr. Bediako saw friends and family from all walks of life engage, dance and take in the sights and sounds of the nation's capital in the utmost of comfort and safety in an open-environment cultural festival, a setting Mr. Bediako believes is on the verge of dynamic growth.

“A country, a continent that can be a 'one-stop destination' is a dream I've been privileged to see realized and to showcase. This is a vision shaped through hard work, a determination that has driven me all my life that I today see inspire others and importantly, by the power of the network before us here at the Global Networking Party,” said Bediako. “Who says Africa is not the place to be?".

Celebrated British actor Sir Idris Elba was spinning as pseudonym 'DJ Big Driis' during the festivities and ahead of his upcoming feature at Coachella, while those in attendance partying the night away at the exclusive Global Networking Party included supermodel Naomi Campbell, athlete Jerome Boite, Hollywood superstars Boris Kodjoe, Anthony Anderson, Michael Jai White and many more.

The aim of the function was not only to close out 2018 but, in the words of Mr. Bediako “…to put a new face on Ghana as a beacon for luxury lifestyle. Our goal here is to provide a greater platform in future for successful, driven individuals from across the world to inspire those around us. The world needs to know that the Africa of today is and will remain the place to be, a hub for such a calibre of to talent to find themselves, return home to Africa and to their heritage and from this, to spread the word for Ghana as an investment and entertainment hub in 2019 and long thereafter”.