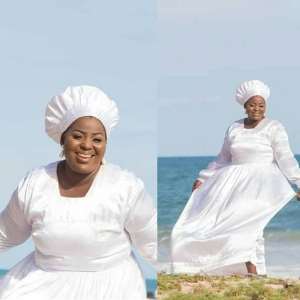 Queen who was born and raised in the Celestial Church of Christ in 2018gathered some youth in her churh to birth the song which according to her, was inspired by God.

The song is aimed at evangelizing Christ in CCC and rebranding the face and unrealistic perception of the public about CCC, Calling the youths back home to their heritage while welcoming lost souls into the kingdom of Christ.

She has ministered in several denominations, locally and internationally as her songs are widely accepted in English and Yoruba languages.

She's got an awesome passion for evangelism through music and has had about 25 tracks and 3 albums to her name since she debuted in 2013 with HIS GRACE, followed by ORE MI (my friend) in 2015 and 2 times award winning track/album - AKAIKATAN (uncountable) in 2017.