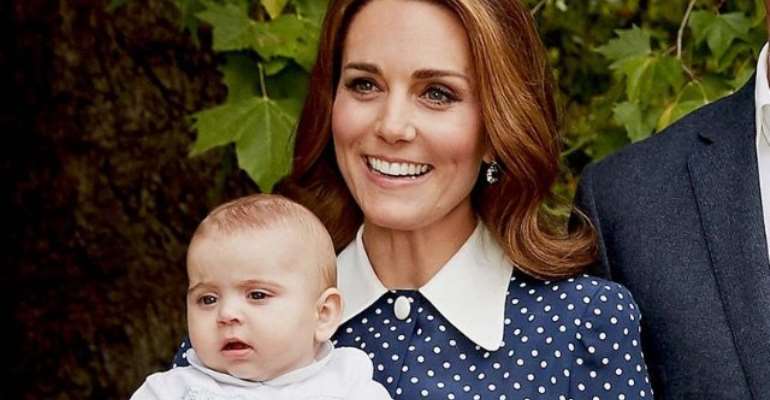 Odds that Kate Middleton will announce a pregnancy in 2019 are 2/1 (Image: Clarence House via Getty)

Some people are starting to suspect that Kate Middleton is pregnant with her fourth child. Odds that the Duchess of Cambridge will announce her pregnancy in 2019 have been slashed to 2/1, leading many royal fans to believe that an announcement is imminent.

Kate and William already have Prince George, Princess Charlotte and Prince Louis, and Prince Harry and Meghan Markle are expecting a royal baby in the spring.

If it's true, and Kate Middleton is pregnant, her new baby will be sixth in line to the throne.

However, other than the bookies slashing odds, there aren't many clues that the Duchess is expecting.

In the days before Meghan Markle announced her pregnancy , she wore a buttoned-up coat to disguise her growing tummy.

Kate Middleton, on the other hand, does not seem to be dressing to hide a bump.

She has also been seen out and about over the past couple of weeks, which would be unlikely if she were pregnant.

When she was expecting George, Charlotte and Louis the Duchess of Cambridge suffered from an acute form of morning sickness . It's likely that if she were pregnant again she'd have the sickness again, and would be resting at home.

The Cambridges' youngest child Prince Louis is currently only eight months old, which makes it even more unlikely that Kate is pregnant again.

If Kate's pregnant, there will be less than two years between Louis and the new baby.

The Cambridges have three children, but some royal fans believe that they'll want four

However, Kate is only 37-years-old, which means that there's plenty of time for her and William to have another baby.

And even if she's not pregnant, fans of the royal family have still got a new arrival to look forward to in 2019.

Prince Harry and his new wife Meghan Markle are expecting their first child in the Spring.