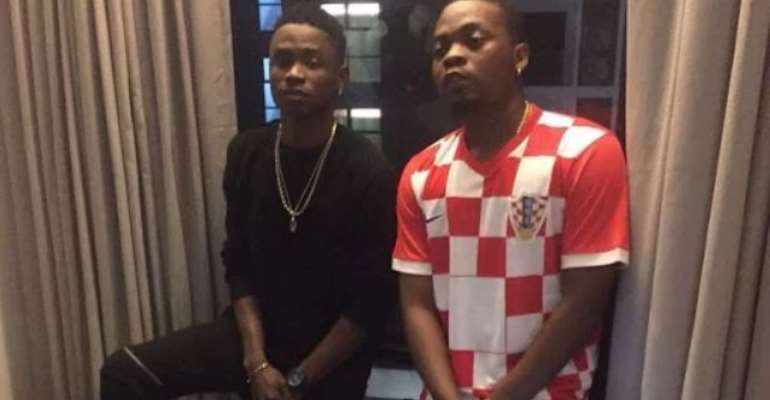 Popular Nigerian singers, Olamide and Lil Keah have come under attack on social media over their new song which Nigerians believe is promoting ritual killings and ‘Yahoo’.

The song titled ‘Logo Benz’ has lyrics like “If money no enter I go do blood money” and Nigerians aren’t finding it funny at all.

The song has since its release on Thursday stirred divergent reactions from Nigerians, especially on social media.

@Royzking “At this moment, Olamide and Lil kesh are toxic to the music industry.”

@Iakabdulaxis “Suddenly, Nigerians are woke. Falz spoke against Yahoo boys and praising illegal acts sometimes ago and majority came for him and labeled him a privileged child. Lil kesh and Olamide just remixed what 9ice said sometimes ago which was glorifying blood money. It’s now a norm.”

@JajaPhd “Music is usually a reflection of the society from which it originates at the time it is produced. So, Olamide and Lil Kesh are just producing music that reflect our society at this point in time just as Fela’s music in Fela’s time.”

@Tutofph “Olamide will soon come and tell us that the aim behind the Logo Benz song with Lil kesh is to dissuade young boys from involving in rituals, same thing after being bashed by the media for releasing a song like science student that promotes drug use!

@Abrahamdurodola “I don’t know how somebody will sit down and write song, and the next thing the song is promoting is rituals and killings in the society. Olamide and Lil Kesh should be fined for that song release.”

@Isimaodeh “This Olamide and Lil Kesh song is painful to listen to. A song that glorifies rituals, internet fraud and blood money. What does “If money no enter, I go do blood money” mean? That song will get across to millions of youth, that’s the worst part. There is no excuse for this.”

@Terrybrainz “Olamide is a cancer to the Nigerian music industry and youths in general.This new song with lil kesh is just rubbish

“What kinda lyrics is this ? “If money no enter i go do blood money” Are you kidding me ? Olamide should be cancelled.”