Because I can't speak English, I don't interact with students anytime when I visit my school - Kwadwo Nkansah Lil Win 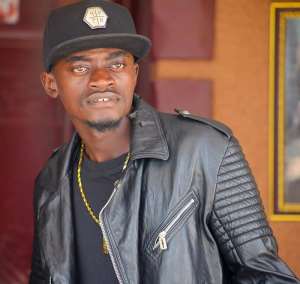 Actor Kwadwo Nkansah Lil win has disclosed that because he cannot speak English, anytime he visits his school, he does not interact to the students.

According to him because he is not fluent in speaking English, he does not try to speak at all whenever he goes to the school for fear of the kids picking up his ‘bad English’

He explained that even though the kids approach him whenever he visits the place, he does not talk much but only puts up a smiling.

The Actor added that even though he did not get the opportunity to go to school, it did not mean he could not establish a school. He told parents not to be afraid to enrol their kids in his school because he is not the one who teaches their children and his educational background does not in any way affect the performance of their kids.

Speaking on UTV's Adekye Nsoroma, the Kumasi based actor and musician said the problem with Ghanaians is that we tend to laugh at people who cannot speak English instead of correcting them when they go wrong.

“it’s bad that we laugh at people who cannot speak correct English. We should rather correct them”

Lil win recently commissioned his ultra-modern school named “Great Minds International School” in Ahenkro, Kumasi. The school is regarded as one of the best in terms of infrastructure in the Ashanti region.