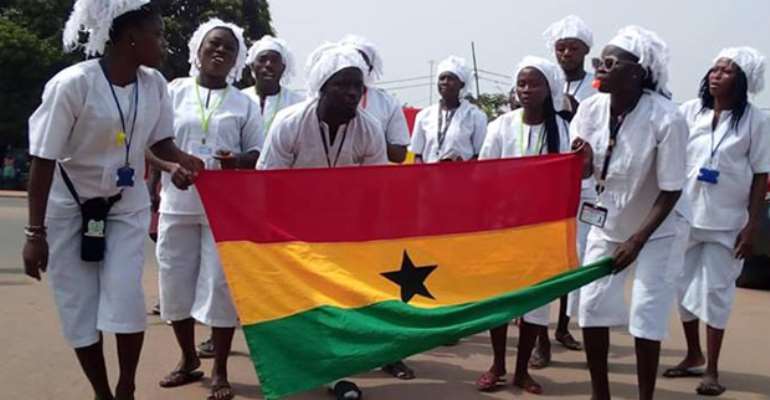 Held from December 5 to 10, the festival attracted a number of cultural music and dance groups from some selected West African countries like Ghana Benin, Ivory Coast, among others, which was organised by Mrs. Dede Sodji and the Sojaf Company.

During their performances, the group delighted cultural music fans with new dances from their large repertoire of traditional and choreographed dance pieces.

Accompanied by an array of African drums, shakers, xylophones and 'atenteben' flutes, the group endeared itself to the hearts of cultural music fans who attended the festival with its complex rhythms which exposed the beauty and diversity of Ghanaian music and dance.

The group used the event to showcase over 30 different traditional dances at the festival which fascinated fans who kept asking for more.

At the festival, the group also taught some of the fans and a group people who showed interest in the group how to play some of the instruments used in cultural dance.

Badu Evans, the leader and artistic director of the group, told BEATWAVES that the group, made up of over 20 talented and seasoned performers, has over the past years been creating waves with magnificent and powerful performances.

Prospecting in forest reserves: It's ridiculous to ban activ...
48 minutes ago