Wiyaala To Perform With “Legend” At Lioness Concert Tonight 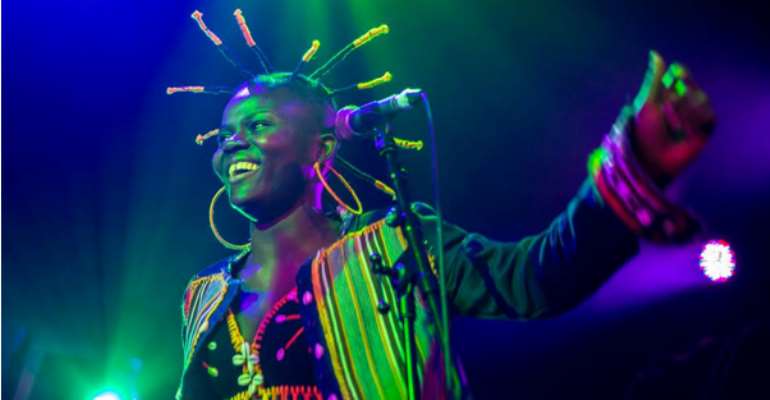 Wiyaala says she has a surprise in store for fans at her Lioness Concert which comes off tonight 8th December at Alliance Francais. “I’ll be doing a song with one of the greatest legends of African music” says the Upper West songstress. But tantalisingly, Wiyaala refuses to disclose the identity of the mystery legend. “Be there and experience a truly emotional moment”, Wiyaala says.

Today’s Lioness Concert will be the only opportunity to see Wiyaala in Accra as she will be returning to Wa to spend Christmas with her family and prepare for the third edition of her annual Djimba World Festival. 2019 will also see Wiyaala back on international tour continuing her mission to promote Ghanaian culture and music around the world.

Also featured at the concert will be Poet Pobee, an Upper West Region spoken word artist whose debut album “Rythyms Of Africa”, was the winner of the 2018 Ghana Association of Writers (GAW) Literary Award of Excellence. Exciting cultural dancers from The National Theatre Dance Ensemble and The Tisali Organisation will also be supporting Wiyaala in what promises to be an absorbing and enthralling night.