My Parents Have Done Nothing For Me – Shatta Wale 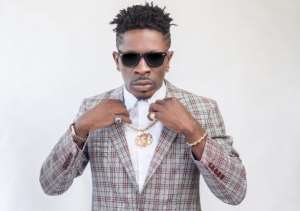 Self-acclaimed dancehall king, Charles Nii Armah Mensah, better known Shatta Wale has stated that nobody including his parents helped him to survive as a musician.

Shatta Wale who has been heavily chastised on social media over his comment that “Ghana is a Village” has made more shocking statement than before.

In a short video he shared the singer revealed that, nobody helped him survive the music industry not even his mother and father.

“Let me make it clear to you – I don’t respect anyone in Ghana.

Nobody has done anything for me including my father, mother and the media. Don’t try me because you can’t survive if we start a fight.

I am the only one who can close down a radio station, let the president and Ghana police beg me,” he said.