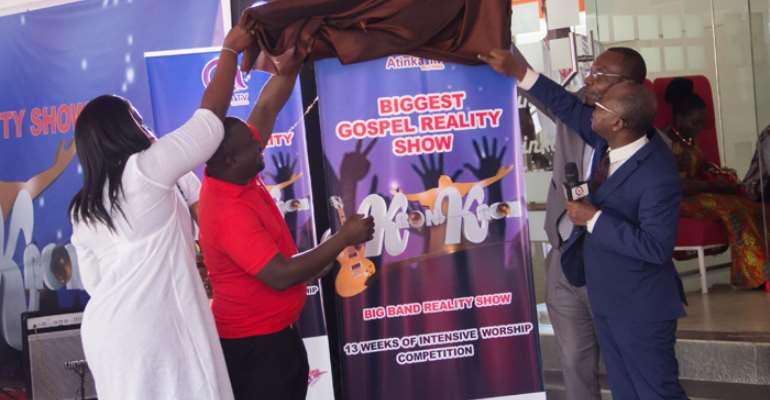 The show, which will officially commence with auditions on Sunday, November 4, has 51 music groups already registered. It is expected to span within 13 weeks and will be aired on the Atinka TV on weekly basis.

'Kronkron', translated as 'holy' in Akan, is aimed at revealing the truth about God in worship, nurturing and raising spiritual groups who will offer quality worship unto God and growing talents within the biblical gospel music fraternity through proper coaching and training.

Speaking at the official launch of the show on Wednesday, October 31 at their premises in Avenor Accra, Managing Director (MD) of Atinka Media Village, Albert Kwabena Dwumfuor, said reality show is a Christian-centred worship-based programme for music groups to compete among themselves before professional judges.

Announcing the prizes, the MD said the ultimate winners will be going home with a complete set of musical instruments and a cash prize of GH¢10,000.

He added that to keep contesting music groups in the competition, judges will have 40 per cent of votes while the general public would have 60 per cent.

In his keynote address, President of the Ghana Journalists' Association (GJA), Roland Affail Monney applauded the Atinka Media Village for “initiating an innovative way to keep its teeming viewers and listeners entertained through worship. The show will qualitatively transform the form of entertainment we see on most platforms.”

He said the show has come to cleanse the system, transform lives and win souls. The show will also change the public opinion on the role of the media in entertainment and propel AMV to higher heights.

The 51 registered music groups will be slashed down to 24, after which eviction will commence till the grand finale, which will have four bands to compete for the ultimate prize.