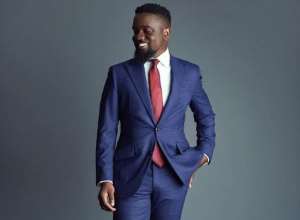 The biggest array of stars are gathering on Saturday, October 20, for the final show of the talk of the town Glo Mega shows.

The artistes include the best of Ghana and Nigeria music and comedy. Sarkodie, Wizkid, Davido, Stonebwoy, Yemi Alade, Flavour and Patapaa will be joined by comedians Foster Romanus, Basketmouth and Gordons for the grandest show ever to be hosted in Accra.

Saturday’s showdown, the last in the series of five events organized by Glo Mobile, lines up the richest cast of artistes ever to perform under one roof in Ghana. Unlike the four last shows, the event will be a combo of music and comedy.

King of SarkNation and award winning hip hop recording artist, Sarkodie is upbeat about next Saturday’s final action in the Glo Mega Shows coming up at the Fantasy Dome, Trade Fair, Accra. Sarkodie, who gave a sterling performance at the first music show held at the same venue on August 25, would spearhead the rich ensemble of stars expected to serenade guests at the event.

Sarkodie told reporters that the Glo Mega Shows have been most exciting and that he expected Saturday’s show- the grand finale- to be truly grand and memorable. He urged all music lovers to go to the show prepared to enjoy themselves as the night would be full of fun and good vibes.

“I can’t wait to see the fans of SarkNation at the show on Saturday (October 20),” he said.

Much in the same vein, Ghanaian dancehall and reggae artiste and leader of the Bhim Nation, Livingstone Etse Satekla, best known in showbiz as Stonebwoy, appears to be up to the hilt with vim and zeal to dazzle fans at the finale encounter.

Stonebwoy, who previously had a wonderful outing at the second Mega Music event on September 22, has said he was “eagerly looking forward to a groovy night on Saturday, October 20 at Fantasy”. He called on Glo subscribers and music lovers to throng the venue on Saturday.

Apart from existing Glo subscribers, who have enjoyed free access to all the previous episodes of the Mega Shows, the grand finale is open to all residents of the Accra Metropolis. To be part of the show, one must simply purchase a Glo SIM Card for Ghc50. The special chip already has 3.2GB data pre-loaded onto it and the new subscriber gets to enjoy both the show and also the best of data services from Glo henceforth.

These special Glo SIMs are available at all Gloworld shops in Accra and at any of the designated ticket sales points across the city. These included Max Mart at 37, Silverbird Galleria at Accra Mall and West &ills Malls, Weija. Others are Baatsona Total, Shell Airport, Shell Dansoman, Smice Phone shop at Kotoka International Airport and Junction Mall, Nungua.