Bishop Obinim Claims He Has Seen Adam And Eve Personally 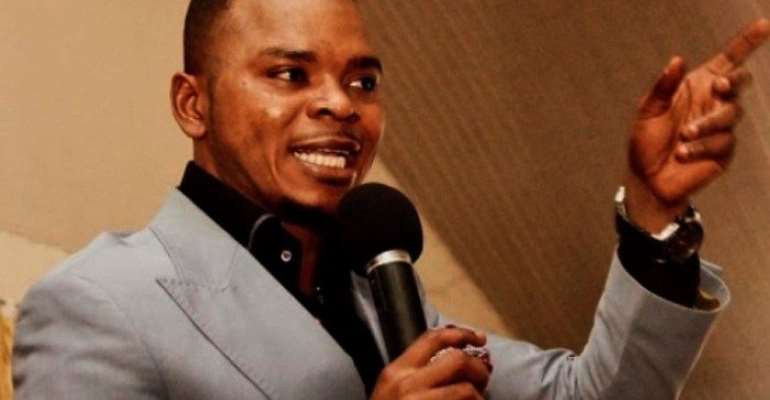 Founder and leader of [MG] International Godsway Ministries , Bishop Daniel Obinim is back in the news again and this time around he has said it without a shame stated that he personally knows Adam and Eve, the great-grandparents of all humans and like always it will not come as a shock to anybody.

The pastor who is counted among the controversial pastors in Ghana for his actions and feud with other pastors, as well as top personalities in the country, made this revelation in a live interview on [MG] Soul TV .

According to [MG] the outspoken man of God , he knows Adam and Eve and that Jesus took him to the spiritual realms and showed him Adam, Eve, Abraham and Moses.

The [MG] TV host who could not believe his ears and doubted the man of God’s pronouncement quizzed the ‘Angel’ by stating that “You are saying this on a live TV, people are watching “.

[MG] Bishop Obinim reiterated his point by stating that “the Adam and Eve that God created and died a long time. I saw them. I know Adam and Eve. Jesus Christ took me to the spiritual realms to Show me Adam, Eve, Abraham and even Moses. I know…”

Watch the hilarious video below…