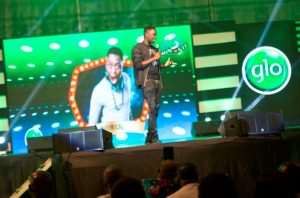 The second comedy event organized by Glo Mobile, as part of its richly-packaged Mega Shows, was held at the Fantasy Dome in Accra on Sunday, and it was attended by hundreds of subscribers to the network, and friends of the brand.

Tagged Glo Laffta fest, the show has become one of the biggest comedy shows in Accra, with the biggest cast of some of the finest comedians on the continent. 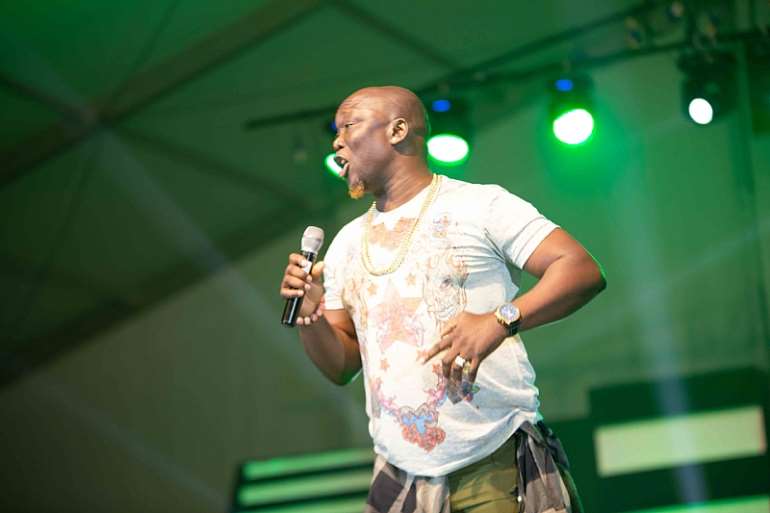 The event turned out to be a fantastic opportunity for many in the audience to enjoy a night of good laughter and entertainment from a rich cast of performers. 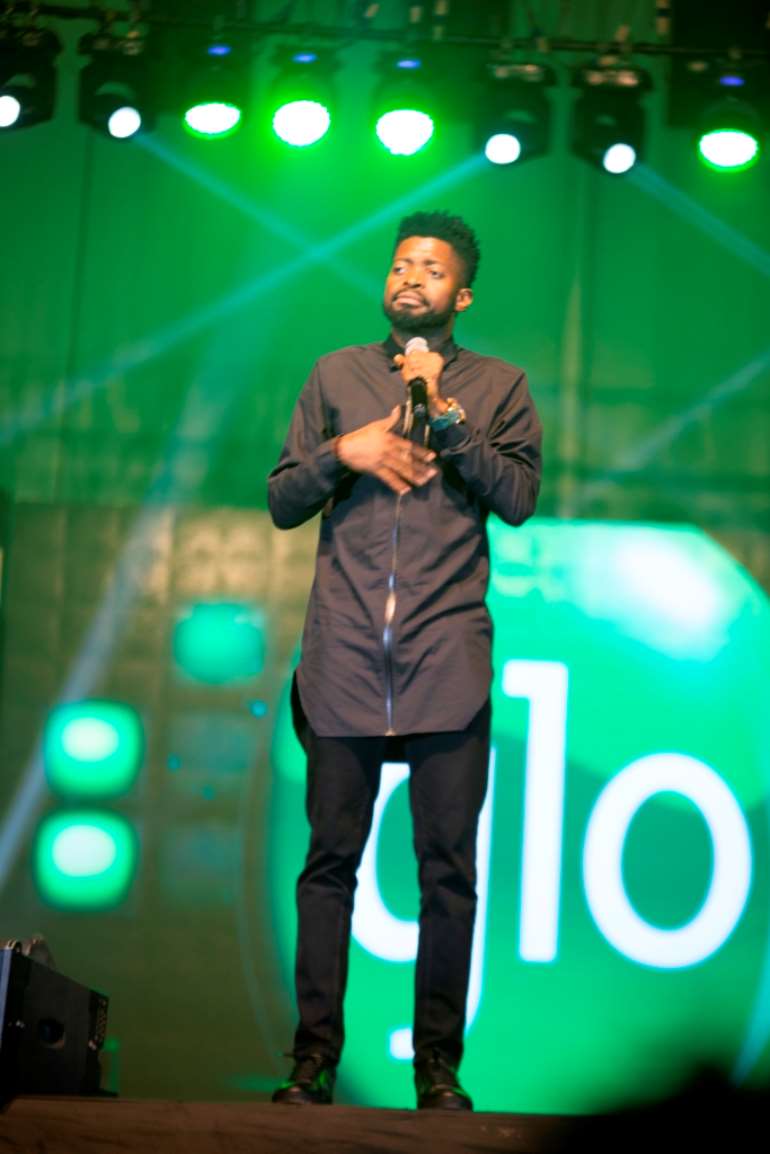 Comedians who performed at the show included Khemikal, Salvador, Senator, Foster Romanus, Dan D Humorous, DKB, Basketmouth and Gordons. They delivered to an indulgent audience, far more laughter and amusement than anybody had expected. 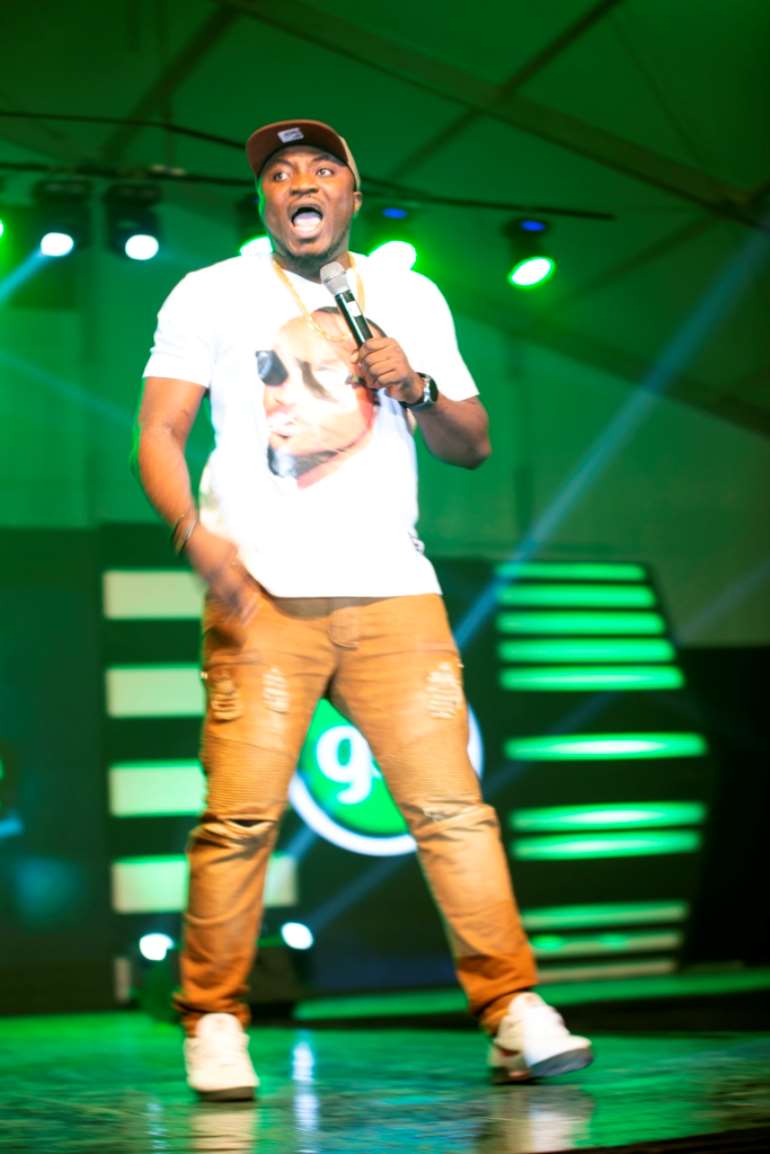 The night began with performances from upcoming comedians, who showed some very good skills under the klieg lights. These rising acts included MJ, Comedian Waris and Comic Emma. The audience appreciated their individual skills. 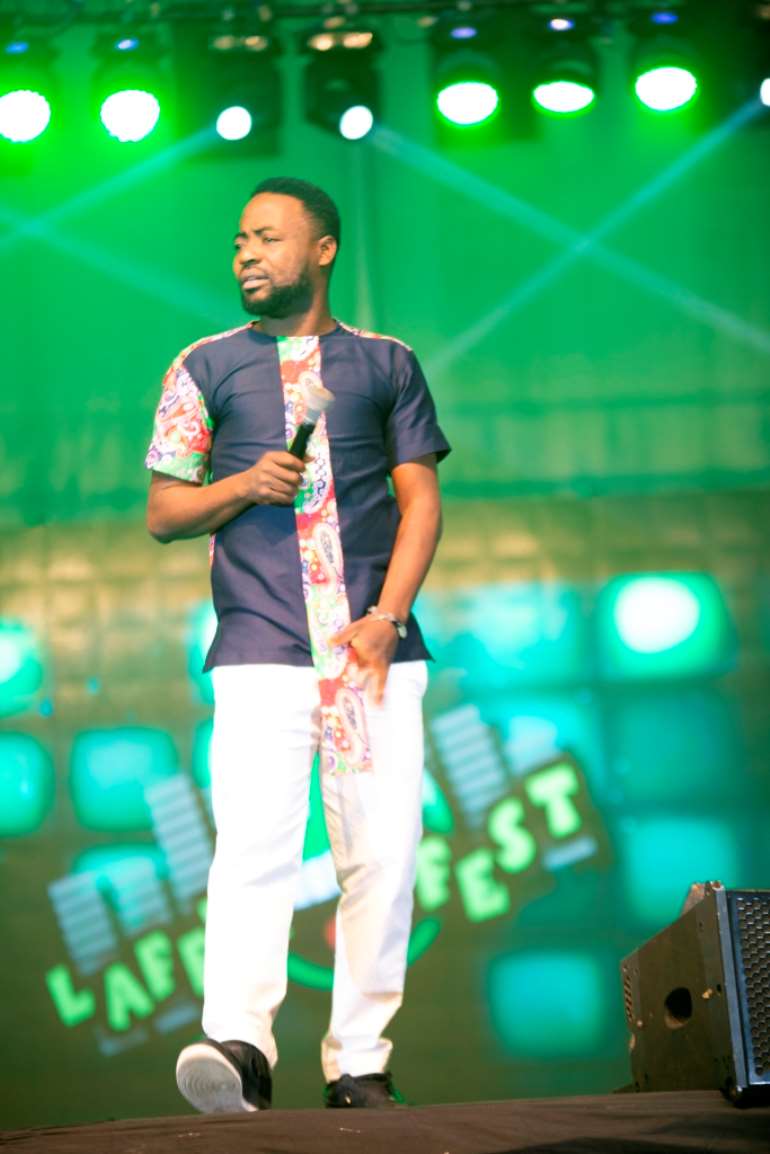 First to perform among the major acts was Khemikal. Though diminutive in frame, he captivated the audience with some good sets of jokes from his rich repertoire, and succeeded to get the audience reeling and yearning for more.

Khemikal earned the confidence and plaudits of all with his flawless delivery and original jokes too. Many felt that he was the future of comedy in Ghana. 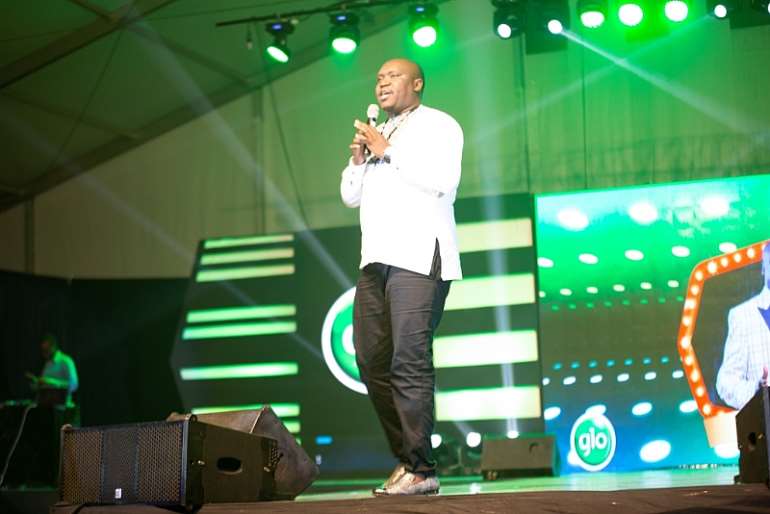 Ugandan Salvador cracked more ribs with his jokes, some of which the audience won’t forget in a hurry. Many at the event won’t forget his joke on event posters listing performing artistes and ending the list with “others”.

He made those in the “others” list the butt of some good jokes.

Senator and Dan D Humorous, gave a good account of themselves and justified why Glo included them in the historic show.

Both comedians, who were participating in the Glo Laffta fest for the first time in Ghana, were simply delightful. The audience did not fail to appreciate them for their exemplary performance. 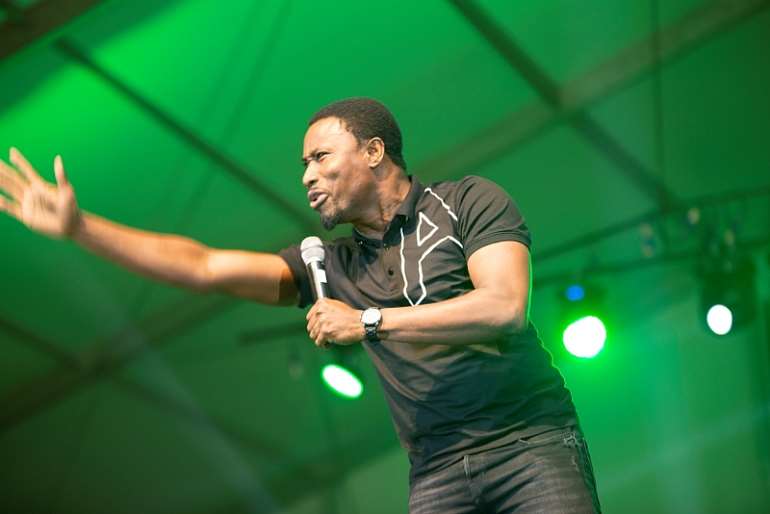 DKB, Ghana's biggest stand-up comedian, also performed at the big show, although he will soon have to contend with the likes of Khemikal for Ghanaians’ attention as the biggest comedian in the land. 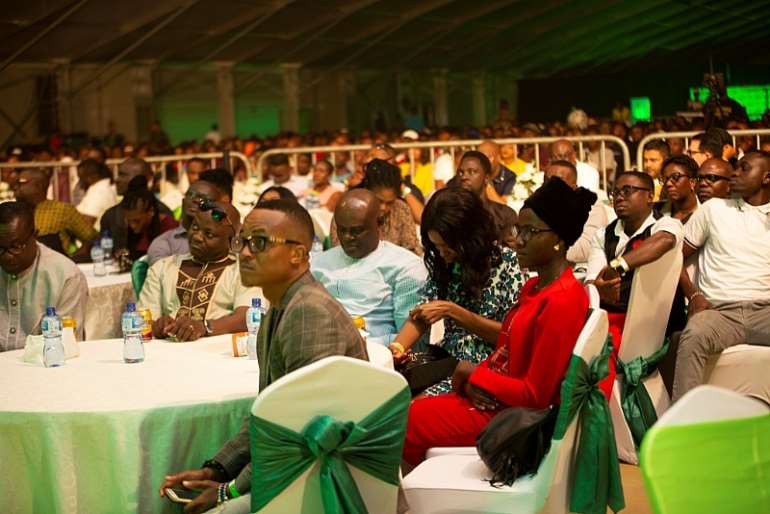 Basketmouth was a mix of himself – hilarious – as well as a 'preacher'. He preached carefulness in matters of relationship with the opposite sex. But that was the best the preacher in him could do. He went ahead to stoke the fire of laughter. Every minute of his performance was appreciated by the crowd as he continually cracked them up. 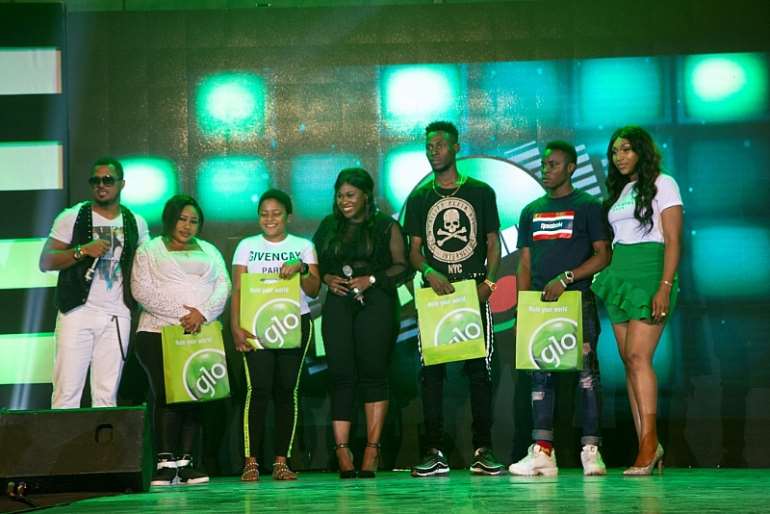 The Bishop of Osusu Ministry, Gordons, was the last on the bill, and did his very best to ensure the audience were rewarded for staying through the very entertaining event.

With the second outing of the Glo Laffta fest just out of the way, all is now set for the fourth event of the Mega Shows, the Glo Mega Music event on Saturday, September 22 and Saturday, October 20. 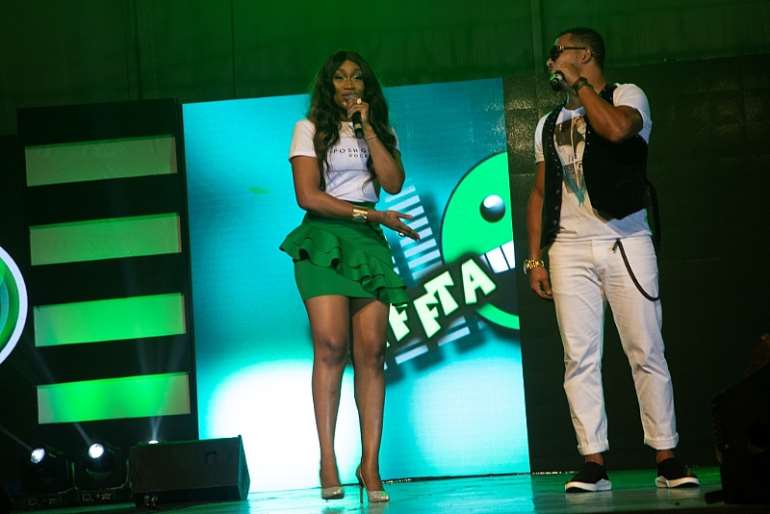 A statement from Glo enjoined the good people of Accra not to miss the last two events as they would be biggest music shows ever witnessed in the country. 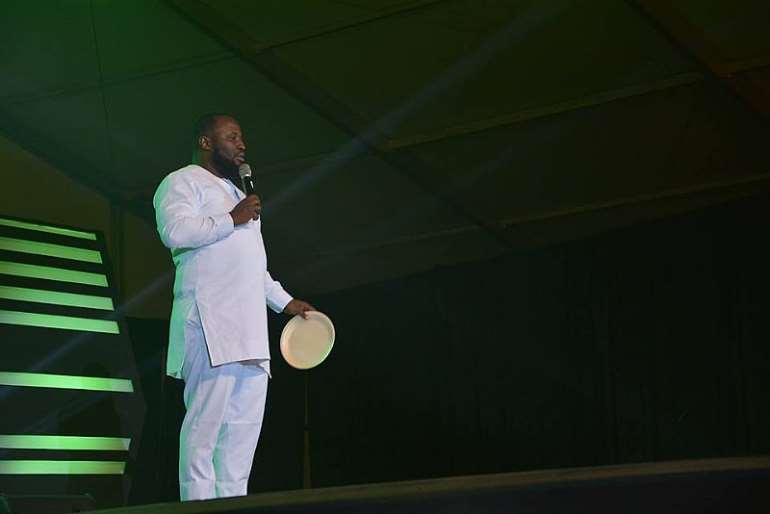 Already, artistes have been lined up for the September 22 event on Saturday. They include Stonebwoy, Wizkid, Yemi Alade, Tekno, among others.