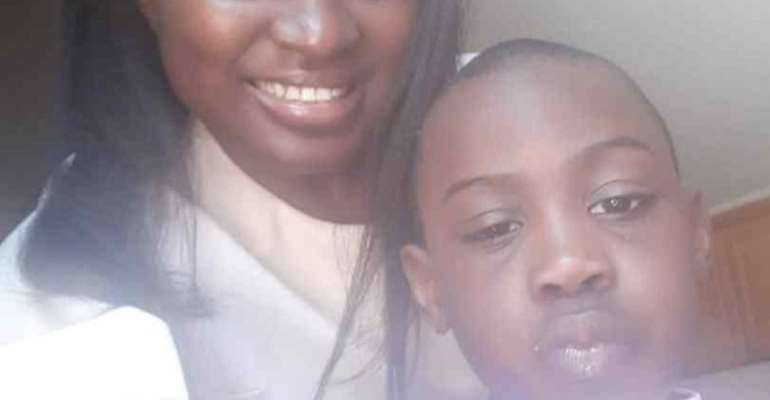 It will be recalled that Modernafrika.com have been following up on the very sad story which recently occurred in Canada where Elizabeth Solomon and her 5-year-old son, Emmanuel Akrong jnr. drowned in a 2ft backyard pool in Brampton which have generated a lot of controversies over the past weeks.

Latest information reaching Modernafrika.com from the bereaved family indicates that a senior pastor of the Grace and Truth Message Tabernacle – a Pentecostal church in Mississauga, pastor John Danquah, has by his own order and arrangement, scheduled a date for the funeral of the deceased “Elizabeth and her 5-year-old-son” in Canada without the approval of the bereaved family.

According to Sylvia Solomon, a sister to the deceased, who is based in UK, her sister’s sudden and sorrowful death had brought her to Canada to check on arrangements for the funeral of the two.

However, on her arrival, she decided to check up on the bodies of her sister and the nephew to confirm her doubts about their death but shockingly for Sylvia, she was informed that a relative had come to the morgue to make the necessary arrangements to claim the bodies of the two family members.

She continued "I was told by the authorities of the hospital that her relative, Pastor John Danquah had already visited the hospital to make such arrangements, which is so disrespectful and disgraceful to the Solomon family because the said pastor John Danquah is no relative of theirs talk less of him wielding the power to act on behalf of their family, so they, therefore, consider such action as impersonation".

The Solomon family of the deceased told ModernAfrika.com, that the Pastor earlier slated 31st August and 1st September as his preferred date for both the burial and funeral to be held, but was rejected by the family.

"The date was too close for the family to carry out the funeral because arrangements were still in progress for the parents of the deceased to travel to Canada in order for them to participate in the final funeral rites yet this pastor impersonated himself as a relative to go and make arrangements to claim someone’s dead bodies and bury them", she bitterly lamented.

Sylvia stated that the pastor’s attempt on the bodies, has straightened up their earlier doubts on the mysterious death of their sister and the son else the pastor wouldn’t have the courage to do that.

She said it’s so sad that a man who preaches about grace and supposed to live an exemplary life for others to follow has rather displayed his gross disrespect and wickedness to the Solomon family which is highly unacceptable”.