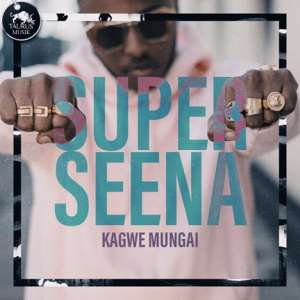 Kagwe Mungai has over the years proven to be Kenya’s biggest Afro-pop artist. Numerous club bangers combined with quality videos have made him rule the airwaves one release at a time.

His previous release featured Nigerian sensation Niniola and it received a lot of positive feedback from fans. The song ’Till the end’ topped charts in Kenya, Nigeria, and Burkina Fuso just to mention but a few.

This new release ‘Super Seena’ is one of the tracks that will be featured on Kagwe Mungai’s new album SPECTRUM that is set to be released towards the end of the year.

His brand new release, ‘Super Seena’ samples a very popular childhood nursery rhyme sang in estates and schools in the late 1990s to early 2000’s. Kagwe Mungai has breathed fresh life into the song to make it the biggest trap track in the country right now.

The video was directed by Stanz Visuals and shot at The Concord Hotel, one of Nairobi’s prime hotels located in the Parklands area.