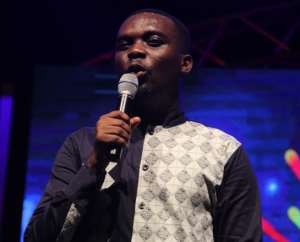 The song has received over three million views on YouTube since it was released.

Other winners at the awards ceremony were Dr Tumi from South Africa, Sammie Okposo and Preye Odede, all from Nigeria.

Receiving the award, Joe Mettle thanked the organisers for the recognition and subsequently dedicated it to all young Africans across the continent working hard in spite of current challenges they face.

Joe Mettle and his Love Gift team are set to host another edition of his annual concert dubbed 'Praiz Reloaded Gospel Concert' on June 24 at the Action Chapel International located on Spintex road in Accra.

The theme for the event is 'Atmosphere of Miracles', which is based on the scripture in Acts 2:1-4.

The concert is expected to attract a large number of audiences.