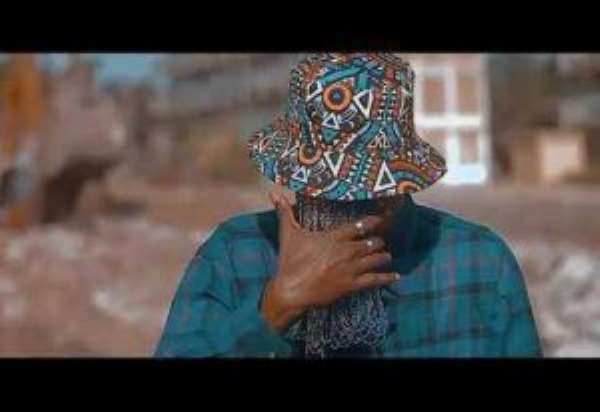 The anonymity of investigative journalist Anas Aremeyaw Anas becomes a topic for discussion anytime he comes out with an exposé.

The recent case in point is the issues surrounding the release of his Number 12 exposé, which reveals the rot in the sports fraternity.

Prior to the premiere of his investigative documentary, the Member of Parliament of Assin North constituency, Kennedy Agyapong released some photos purported to be Anas' in his bid to uncover him.

Some social media users started the #iamanas challenge and this may have informed Opanaka's decision to do a song on the subject.

In the song titled 'I am Anas,' Opanka plays Anas, talks about motive behind his style of journalism and the fact that his anonymity is his power.

Opanka 'Anas; also intimates there are several Anases and that uncovering him cannot stop him from doing his work.

The song also admonishes Ghanaians to be of good conduct so they do not get caught by Anas' cameras.

Anas, a Ghanaian investigative journalist, goes undercover in discharge of his duties.

Is has gained repute for bringing to the fore, the various ills of the Ghanaian society.

Watch 'I am Anas' by Opanka below: