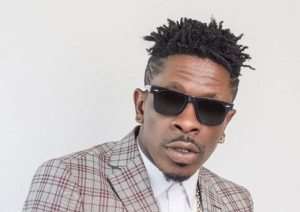 Shatta Wale has on several occasions proven that he is multi-talented and a video he published on his Facebook timeline proves it.

In the video which was posted on Mother's Day, a young man talks about how he cherishes his mother. He decides to show his mother in the video and surprisingly Shatta Wale pops up as the 'mother', speaking in a feminine but quaky voice.

Shatta Wale's has said in the past that if he decides to go into comedy, many comedians would be out of business.

His sense of humour has earned him a lot of admirers in spite of his fiery and controversial character.