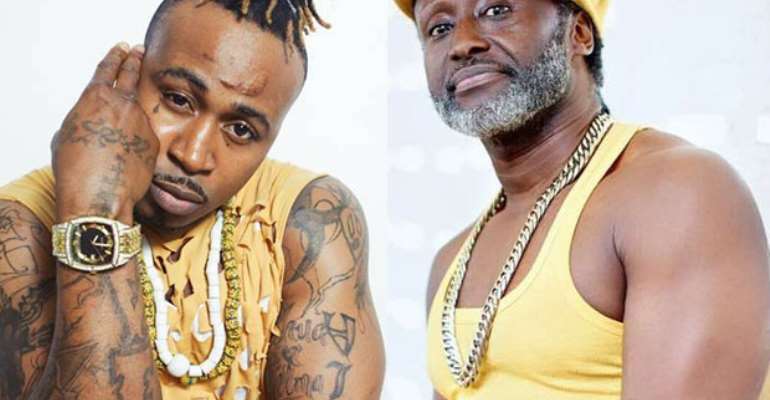 A former member of the defunct VIP group, Promzy Afrika, has challenged the 'grandpapa' of hiplife, Reggie Rockstone, to a rap battle.

According to the rapper, Reggie Rockstone is no better lyricist than him, hence the reason he wants to prove his stand through a rap battle.

A few years ago, Promzy left the music group, making room for Reggie Rockstone to join the group. The name was changed to VVIP.

Promzy had said that he was actually kicked out of the group by Reggie even though the latter has, on several occasions, disputed this assertion.

The hiplife 'grandpapa' further disclosed the VVIP group will be willing to accept Promzy if he decides to stage a comeback because he is a talented musician who could spice up the group.

But it seems Promzy doesn't seem to have any interest in joining the group, as he has rather challenged Reggie Rockstone to a rap battle in any of the stadiums across the country.

“I am sending a message to Reggie Rockstone. Throw me a challenge. Me I am throwing you a challenge. Let's start in Kumasi, from there to Cape Coast and the final one in Accra sports stadium…, Promzy said in a Facebook Live video.

“I am urging all these telcos to support Reggie battle me one on one, freestyle, let's see who is who. Anyone that wanna know what is going on with me I am saying it in my freestyle. If you are real enough, come and battle me one on one on stage. If you keep quiet you are a pu**y. I stood for you when you were nobody…,” he challenged.

To Extend Or Not To Extend: Akufo-Addo To Update Ghanaians T...
41 minutes ago