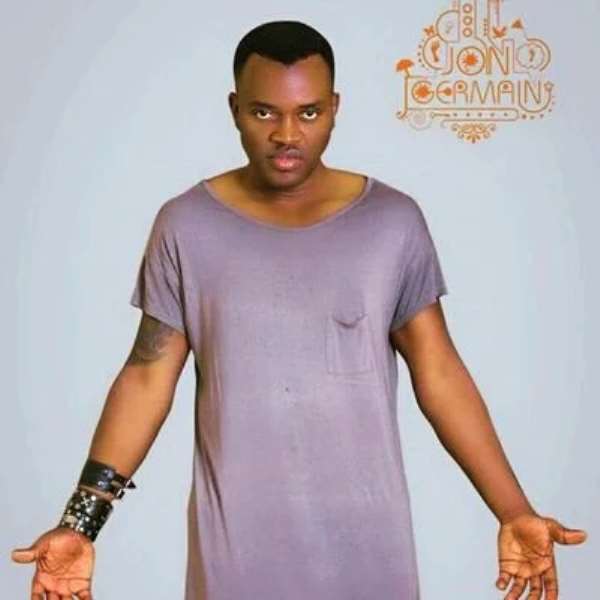 Many people I know, would put aside their Akon and R-kelly tapes and listen to Jon Germain in their stead. However very few of these people are Ghanaian; they are citizens of the west, who would love to hear the new sound of R'n'B. A sound that fuses the Charlie Wilson type of rhythm and blues, with other experimental sounds.

I dare say that in Africa, Jon Germain can easily be defined as the leader of this sound, blazing a trail that fuses the silky voiced stories, told in true R'n'B pattern and mashed with other sounds like rock and Hip-hop. This style has been brought to life in many songs from both his debut and sophomore albums. With songs like Quiver, Monday, Breathless, Can't explain and more.

Jon Germain's most recent attempt at making good music, breaks the bar. Being a writer with a thirst for both good music and exclusives, I make it a point to periodically check on the Channel O Awards nominee. A month ago, I finally heard what my ears have been itching for- Jon Germain has new music and I had to hear it first.

E.L brings a soft approach to his delivery, prancing his ability to be a lady's man. His verse solidifies his diversity. Making it easy to understand why he has the highest nominations at this year's VGMA's.. Dee Moneey, shows his growth as well. Bringing in his bi-lingual abiliies.

Dee Moneey hit all the high notes on this. Scoring points with lyrics, flow and timing and displaying his impressive grip of the GA language. Jon Germain weaved this track like a true song-writer. Tasteful lyrics, neatly arranged on a fine piece of instrumental, with a message that'd make many smirk. The man, who admits he used to be a rapper, took the last verse (in Hip-Hop, the last verse is reserved for the strongest performer), attempting to break the norm again. He ends the song in a manner that makes you itch to hear it again.

" I told my producer I wanna do something I have never done before record and create a song from scratch. Usually when I go to the studio I have already written the song. This song came after we started creating the beat. Its something most men can relate to. ', Jon Germain said, when describing the song and it's creative process.