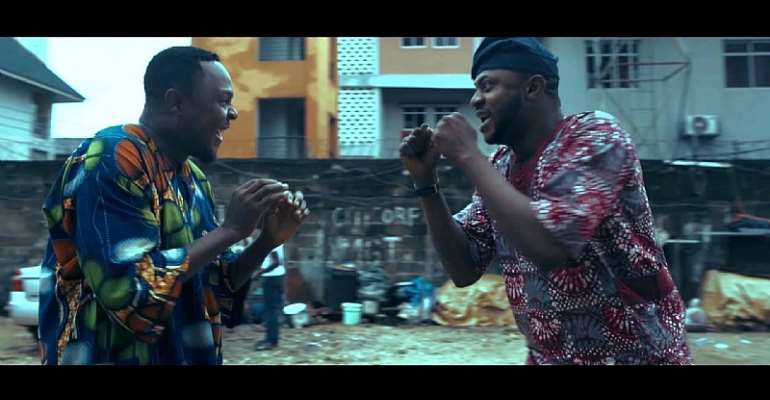 The premiere of the much talked about movie, Taxi Driver (Oko Ashewo) held over the weekend at FilmHouse Cinema Apapa.

The movie which stars Femi Jacobs, Saka, Odunlade Adekola, Ijeoma Grace Agu and others has been generating a lot of excitement because it’s the first time the three will be acting together in a movie in a predominantly English language movie. Besides, Odunlade who has become the king of mass market will be making cinema debut in cinemas for the first time. It remain to be seen whether he can translate the mass market appeal to the cinema.

Taxi Driver (Oko Ashewo) tells the story of how Adigun copes with dealing with the multitude of odd characters he comes across working at night from Delia the queen prostitute, to Kakanfo the unseen vigilante, the notorious assassins ‘three wise men’, to the Godfather, Baba Mistura and many more interesting characters that ply their trade in Lagos at night.

A strong contender as one of the most beautifully shot film ever, to have come out of Nigeria. This dark comedy story brings a rich mixed bag of emotions from love to greed to betrayal, shenanigans, contradictions and self-discovery.

The movie directed by Daniel Emeke Oriahi will be in cinema across Nigeria from Friday, November 13.

Speaking on the movie, Dom Omope, the in-house producer at FilmOne said, Taxi Driver (Oko Ashewo) is the last of three films I have produced this year as head of film production at filmOne and it’s by far my most ambitious of all.

Taxi Driver (Oko Ashewo) presented us with a great and refreshing opportunity to create something visually stunning and standout in Nollywood.

I am really excited about this moment in Nollywood’s history where FilmOne is at the fore- front of the creation of cinema films to add more richness and diversity to the industry. This is a film i am proud of and every Nigerian should be proud of as well.

The movie which will be in cinemas across Nigeria from this Friday, November 13 will see the iconic 1980s Peugeot 504 Lagos Taxi with a miniature ‘eyo masquerade’ mounted on the bonnet touring the cinemas with some of the leading actors.

The movie which has been described as a good mixed of talent and ambition by movie critics is expected to be a big box office hit.