I'm super honoured to be on Wizkid's song - Drake 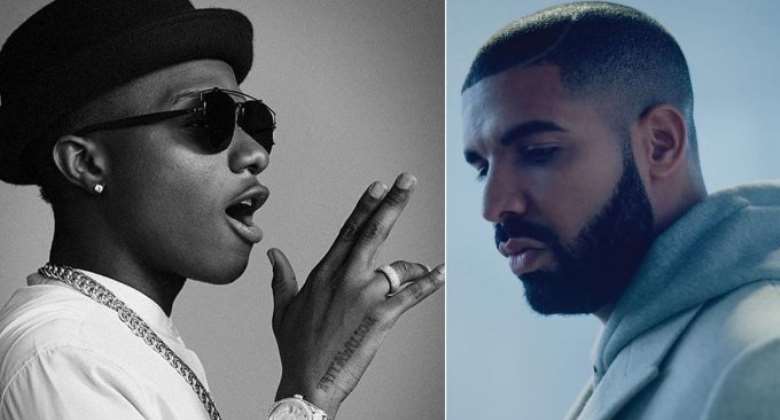 After Wizkid dropped his hit single ‘Ojuelegba remix’ on Drake’s OVO sound radio, the rapper hasn’t spoken a word on what prompted him to jump on the track, not until on his latest interview with the 100th issue of FADER magazine.

The 6th god rapper was asked why he recorded the song with Skpeta, if it was some attempt at ‘international outreach’ to become a truly global star, having already conquered North America, Drake swayed that impression by saying;

“I just did it because I was in the moment. I wasn’t thinking like, ‘Oh man, I gotta get my brand up in Nigeria. Not to say that’s not important. I’m super-honored to be on that song.’

Drake also revealed that he first heard the song through Skepta and that Ojuelegba was so remarkable.

According FADE: “Drake had to rap in a way he’s never rapped before, to the extent that it takes him a couple of bars to find the swing of the beat. As soon as he does find it (it happens right as he’s singing Pree me, dem a pree me, Jamaican patois for ‘they’re watching me’) his vocals and the music click into place, and suddenly the song sounds like it could be a stateside hit.”