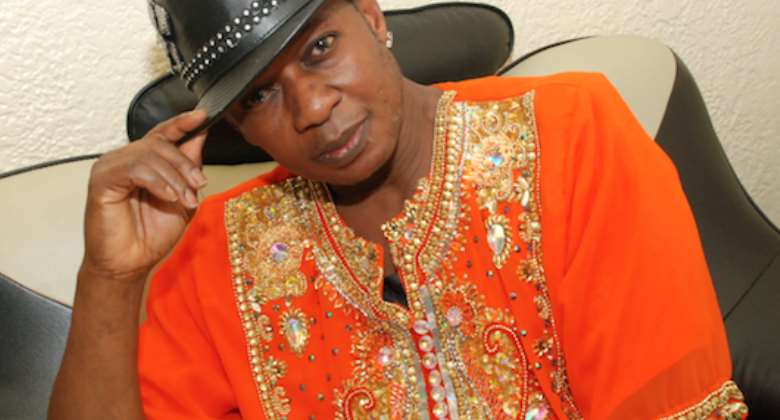 ​Ne​w ​music ​video — Ajoa — according to Cojo Tee, is a “lyrical satire about some young women who indulge in short cuts to make a living by solely depending on their beauty to entice men​ with​ their physique and bodily curves.” The US based Ghanaian musician says such women​​ risk getting impregnated without husbands, diseases or hopelessness.

“My video Ajoa ​wants to add to the many voices that seek to get young ladies to refrain from the make-easy-lifestyles of enticing men for money, which does not pay” says Ike Ewudzi aka Cojo Tee; a Ghanaian-born American performing artiste living in New York​, USA​.

The Reggae, Highlife and Afropop musician believes in social mobility, fairness, and justice for everybody. ​This is why ​he uses his new Ajoa video not only to alert women but also let men know they are equally responsible for the state some women end up in.

According to Cojo Tee, his visit to Ghana in December 2014 triggered him to weigh in with ​his​ song to create awareness about the need to help ​shine the light on​ commercial sex trade in Accra and other parts of Ghana, have men own up to their social responsibilities and hopefully, get the nation to aspire to a higher moral standing.

“I was so devastated by the things I saw at various points in the clubs, restaurants, malls, and the side streets, where these young women are found practicing one of the oldest professions and the most dangerous trade by all standards today simply because they can not afford​ to​ proper​ly​ fend for themselves ​or​ in some cases, their dependents”. Cojo Tee blames the low moral​ ​standards and lack of economic opportunities.

Ajoa is an admonition for change of attitudes not only for the ladies, but also for the insensitive men who engage these ladies in this awful practice by virtually taking advantage of them instead of helping them. The music video is pure Afro Pop and the lyrics have a connotation of creating awareness​ and ​excitement through satire.

“In the name of freedom of choice and the right to do whatever in our society today, nobody seems to bother anymore. We have become a society where instant gratification is the norm unfortunately” says the musician who called on Ghanaian society to desist from blindly copying and ​rather to ​its valuable roots because all ​i​s not lost.

Cojo Tee hopes that his video triggers a strong message in viewers. He praised the many individuals​ and​ organizations in Ghana and across Africa that are working to ensure that the moral decay in society is addressed​, ​​he called on them and governments to pay more attention to the youths and senior citizens if “we really want to build a better future for​ our​ ​tomorrow”.