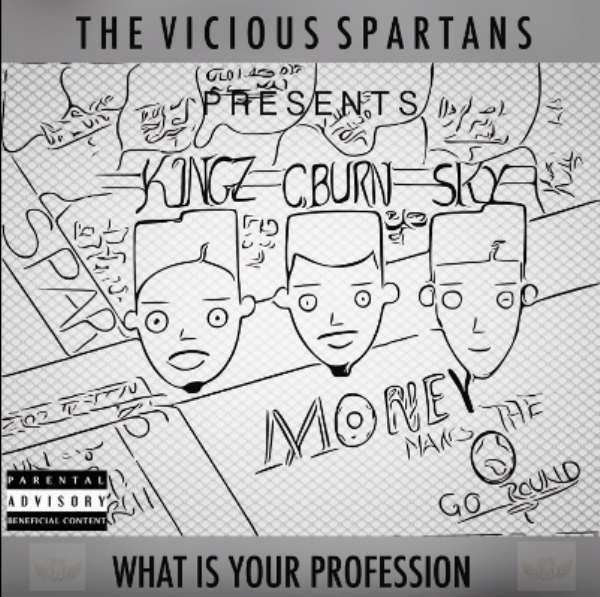 The hottest underground group in North America, The Spartans have dropped their debut banger titled “Money Makes The World Go Round”.

The group is captained by the undisputed C Burn of the Bongadada fame and his co-pilots are K1ngz and Sky.

This is a worldwide release to the world as a group. Their first introduction was on C Burn’s mixtape ‘Rendition’ which he featured K1ngz and Sky on some of the songs.

Listen to it leave & your comments below. Spartans!! What is your profession!!! Aru Aru Aru!!!!