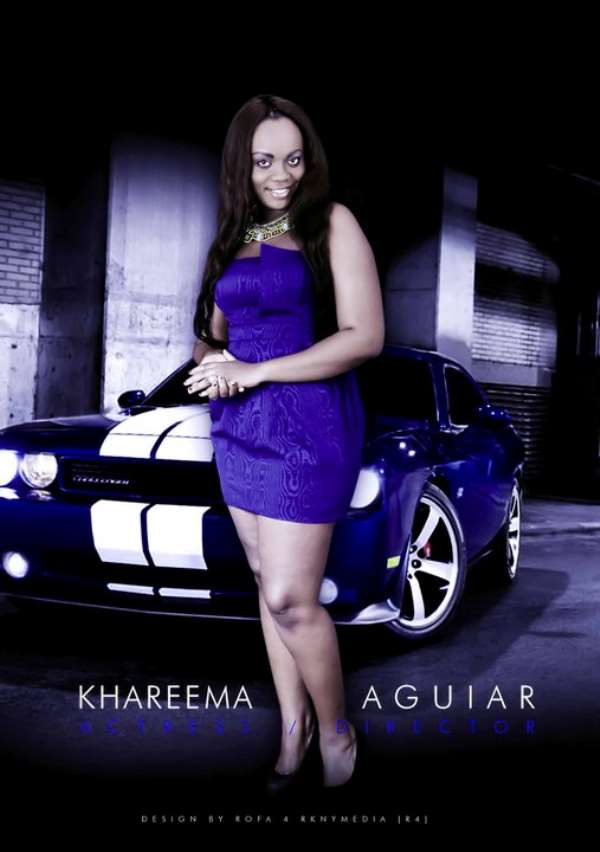 There are rumuors that Ghanaian actress Khareema Aguiar is charging Roger Q Production a whopping $10,000 to appear in the production house's latest movie which is currently being shot in Italy.

Khareema is expected to touch down in Italy sometime this week for the movie.

She will be joining the likes of Eddie Nartey, Roselyn Ngissah, and Roger Quartey who are already in Italy for the movie.

A NEWS-ONE source said Khareema usually charged a little below that rate but she decided to charge higher this time because she was shooting out of town.

There is some sort of confusion over whether the amount she charged was right or out of place. This is because there are no guidelines for how actors are paid in Ghana unlike other jurisdictions where actors are paid ten percent of the entire production budget.

NEWS-ONE's source is also yet to confirm if the money Khareema was charging covers her hotel and air ticket among other expenses during her trip to Italy.

However, the production house is allegedly not happy about the amount the actress is charging.

Khareema is yet to deny or confirm the rumour but CEO of Roger Q Production, Roger Quartey, refused to comment on the amount involved in the deal.

“We had a contract not to disclose the amount we settled on to a third party. I will be acting otherwise if I give out details of our deal. I won't talk about the amount whether it is less or more. All I can say is that we had a good deal,” Roger said yesterday.

Roger Q Productions is shooting two movies in Italy. It has wrapped up production for the first one which had Roselyn Ngissah, Prince David, Kafui Danku, Eddie Nartey and others in Italy.

The second movie is what Khareema is starring in. Likely names to make up the cast include Ekow Smith Asante and Ingrid Alabi who has been missing in action for some time now.

Khareema could not be reached after several attempts yesterday. Indications were that she was still preparing for the trip to Italy and didn't have time to pick her calls.

She surfaced on Ghana's movie scene through the television series, 'All That Glitters' on GTV in 2005. Since then, she has appeared in a number of movies including 'Turn Me On'.