REJOINDER: IS SHE FOR MOVIES OR MUSIC IN FLEX NEWSPAPER 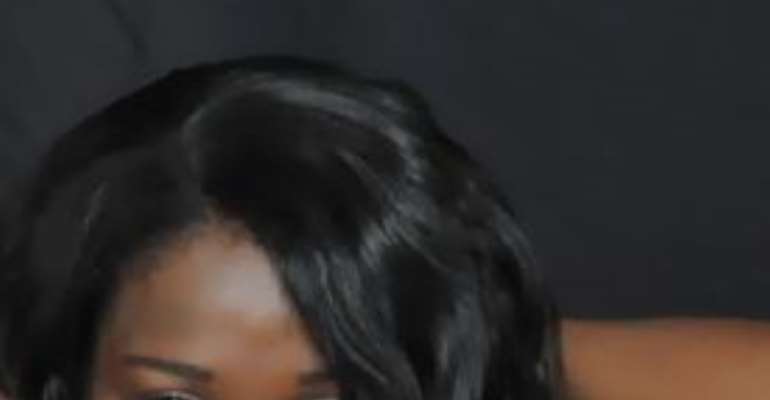 Following an article on Yvoone Ohene Djan musically known as SHE in flex newspaper dated – may 9th 2012 and written by one Osarfo Anthony that, ' Is SHE for movies or music', management of Straight up entertainment wishes to correct certain mixed facts published by the flex writer.

Management of SHE was to First of, big up the writer for giving reference to how the female power voice became the ever best vocalist in the music industry and the number of songs she has before her debut single, which was a step in the right direction.

What was a step in the wrong direction by the writer was the first issue of the movie – Kweiba which he (the writer) says after the premier nothing has been heard about, leaving fans of the movie in wonderland.

Management wants to say that, the writer, lacked research, if he did his checks and balances well, he would have noticed that the latest premier done for the movie Kweiba was in Winneba, where the movie had great response from the central region crowd.

In attendance of the movie was the chief of Winneba together with some ace movie makers now teaching at Winneba University acts division?

Straight up entertainment is an action kind of management, where they don't just talk about stuff without any action hence currently management is doing all necessary underground works to premier the movie in other parts of the countries after winneba. Also there is a huge market for the movie outside the shores of Ghana hence proper checks has to be in place before any news can come out officially about the movie with its next step.

For the sale of the movie, lovers should relax because a better deal from management is coming their way. Straight up entertainment want to do all necessary things so that when the movie comes on the market, fans can enjoy it, hence soon Kweiba will hit the market.

Second off, was a touch on SHE's single released before the premier held at the National Theater some months back. Here the writer's lack of research caused mixed facts plus he does not even know the name of the song released by her, the song is titled: 'Dream lover' and it is still receiving airplay massively on radio.

If the writer listens attentively to plus 89.9fm drive time with Doc. Pounds, he would be hearing the song more, also on Hitz 103.7fm with Lexis Bill, Y107.9fm on Aphro Politian mix with DJ flexy, among other stations like citi93.7fm and the rest.

Third off, the writer spoke about the sinking of SHE's brand whether she is for movie or music, well we don't think after building a career over 17 years, churning out sweet music and been the major force on hit songs, SHE will love to throw all away for movies.

Once again if research was done well by the writer, he would have heard that, the singer said on TV3 Sun rise that she loves movies and the ability to tell an everyday story is something that makes her happy hence she is a musician supporting the film industry where she thinks she is also good at. Here SHE never said she is now into movies full time quitting music, not even on radio.

There are many musicians and even great actors across the world including Africa who tries to entertain their fans in different angles. Names like Alicia Keys, LL Cool J, Snoop Dog, Bow wow, Beyonce, list is endless in the world would be termed as actress or actors and not musicians because they have starred in movies.

Management is preparing the female celebrity to be ready because what the writer does not know is, there is a huge difference between a back up vocalist and main stream artiste hence the artiste has to be ready and SHE is ready for the celebrity status referred by the writer that she does not have in his story.

Finally the writer needs to check his books before coming out because if he says SHE's brand as a musician has sunk and management needs to structure it, then I doubt if he was at the premier of the single – Dream Lover and Kweiba movie.

At the premier SHE proved to the whole world, the media, friends and fellow musicians that she is indeed the female voice people always hear in all hit songs by performing to a live band that alone should tell you that she is here to stay as a musician and not a movie actress.

Straight up entertainment has really structured their music pride, SHE as a full time musician who just loves film making, nothing more to it. In no time the writer will see her on big plat forms as in the past management wanted the right shows that is why many events on the list were rejected.