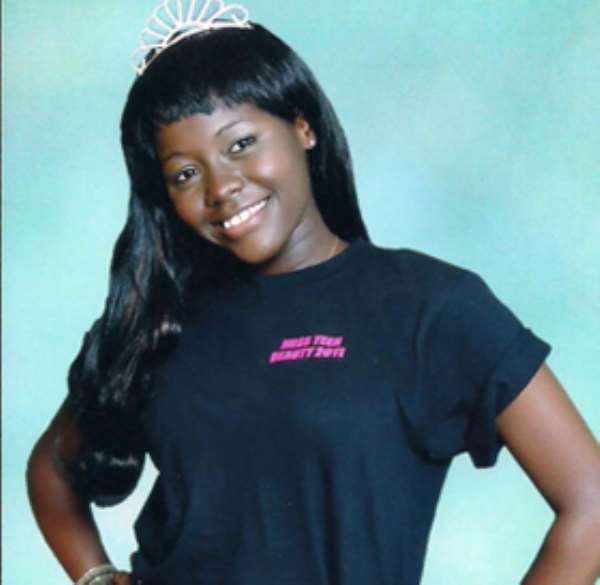 Miss Beatrice Addy, winner of last year's Miss Teen Ghana, is set to contest at the Miss Teen International 2012 in the United States.

The 17-year-old Miss Addy, a student of Mfantsiman High School, will participate in the Miss Teen International 2012 competition on 26 and 28 July, 2012 at the North Shore Centre for the Performing Arts in Chicago, Illinois.

According to Adelaide France-Darko, Director at Linkword, organizers of the pageant, Miss Beatrice Addy's reign will end in August after holding the coveted title for nearly a year.

She noted that 'The Miss Teen International Pageant system has been developed to promote today's teens, ages 13 – 18, and their accomplishments.

'Around the world women are finding an opportunity to work with others to become positive role models. This being the premiere pageant for young women has given Miss Teen International a chance to open doors for all teenage women around the world'.

The event, she added, would give each contestant the opportunity to learn about customs and family life in other countries, along with the chance to share beliefs and make plenty of new friends.

Miss Teen International, according to the Director of Linkword, was developed to have higher standards than other pageants.

Touching on the focus of Miss Teen International, Mrs. France-Darko revealed that the show would showcase teens who were between 13 and 18 years old and were residents of the state or a citizens of the countries they represented.

'Each contestant will be competing in interview competition, evening gown valued, fitness wear and fun fashion wear; the beauty pageant will give each of the contestants the opportunity to select a platform of her choice which she will be promoting the year round'.

Last year's pageant, the maiden edition of Miss Teen Ghana, was held in August at the Airport West Hotel in Accra. Miss Addy, who emerged winner, is hopeful to bring the international crown to Ghana.

This year's Miss Teen Ghana will be held in September at the National Theatre.