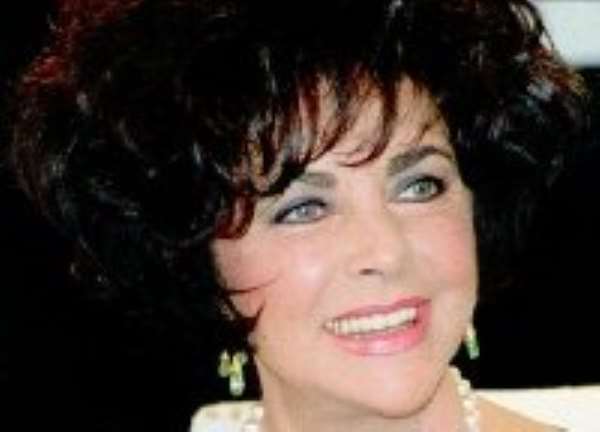 
Dame Elizabeth Taylor has been buried in a cemetery just outside Los Angeles, a day after her death.

Her private funeral was held at the Forest Lawn Memorial Park in Glendale.

Pop icon Michael Jackson, a friend of Taylor's, is one of a number of stars also buried at the cemetery.

Taylor, one of the 20th Century's biggest movie stars, died in Los Angeles on Wednesday of congestive heart failure. She was 79.

Her funeral service started 15 minutes late, at the star's request.

The hour-long service included a recital of the Gerard Manley Hopkins' poem The Leaden Echo and the Golden Echo and a trumpet solo of Amazing Grace, performed by Taylor's grandson Rhys.

About four dozen family members attended the funeral, which was presided over by a rabbi.

She was equally well-known for her glamour and film partnership with Burton, one of her seven husbands.

Taylor's Hollywood contemporaries have been paying tribute to her as an actress, friend and activist.