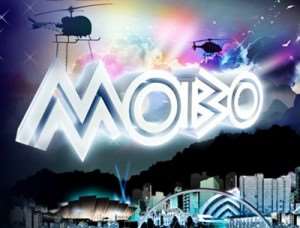 M3nsa,Tinny, Wanlov join other top African acts to compete for this year's MOBO Award for Best African Act. The nominations were announced recently and Tinie Tempah, N-Dubz, Professor Green, Plan B and Dizzee Rascal received the most nominations at this year's awards in association with Lebara Mobile.

Celebrating its 15th year, the MOBO Awards has helped champion the extraordinary rise of urban music over the past two decades from niche to now leading the UK charts, and will celebrate the cream of British artists from the past year at its star-studded ceremony in Liverpool, on October 20th.

South London rapper Tinie Tempah, leads this year's nominations having exploded onto the music scene in 2010, earning himself a staggering 4 nominations for Best Newcomer, Best UK Act, Best Video and Best Song in association with PRSforMusic for his number 1 single 'Pass Out'.

To celebrate the 15th anniversary of the MOBO Awards in the UK, this year's Best UK Act in association with Lebara Mobile, Best International Act, and Best African Act will all start off with 15 nominations each, giving talent the chance to be voted into the ultimate top 5 within their chosen category.

Meanwhile the MOBO Tour is set to hit six of the UK's hottest cities over six days between 13th October and 19th October 2010. By arrangement with Coda and SJM, the tour will be headlined by DJ and Boy Better Know frontmant, Skepta. The chart-topping emcee will take to the stage alongside a host of fresh, new urban talent. Also on the line is Aggro Santos, Donae'o, Scorcher, Mz Bratt, Jodie Connor, Maverick Sabre, Rough Diamondz, and Angel