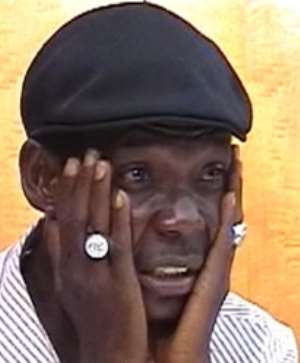 
Ace comedian and movie actor Kofi Adu, popularly known as Agya Koo, is seeking police protection after receiving what he describes as a death threatening messages and phone calls from unknown people.

Agya Koo, who has been in the limelight promoting Ghanaian movies, is set to stage a mass demonstration in Kumasi next week against the production and sale of local pornographic movies.

The national award winner bemoans the high rate at which pornographic movies are promoted in the country and thinks an urgent measure needs be to put in place to curb the situation.

He says even though government and other agencies are doing their best to address the issue, he feels the onus lie on actors and actresses to take up the crusade.

He was speaking in an interview with Nhyira Fm's Kofi Asante.
Even though he feels unsecured, Agya Koo says he would not be detracted by any one to stop the demonstration.