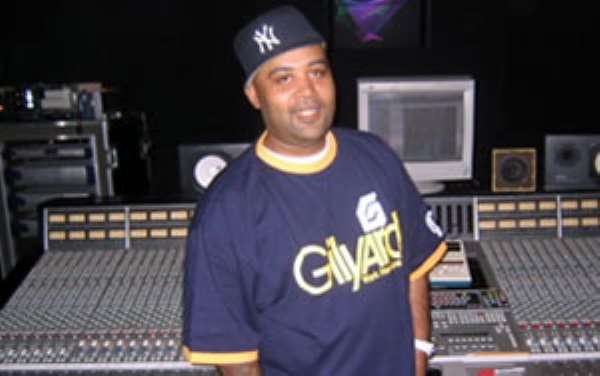 Ghanaian-born Billboard topping music producer, Eric Kwabena 'Coptic' Matlock is ready to make his works available to African artists and also groom new artists for his music label. Coptic is a producer renowned for his works with Bad Boy Entertainment and hits such as 'I Need A Girl' Feat Diddy, Loon & Usher, "Child Of The Ghetto" Feat G-Dep , "If I Should Die Before I Wake" Feat Notorious B.I.G, Black Rob, Ice Cube & Beanie Segal, "Living The Life" Feat Notorious B.I.G, Ludacris, Snoop Dogg & Faith Evans, among several others .

Besides producing hits for American artists, Coptic, through his Brooklyn Bridge Entertainment is currently working on a project called 'The Black Star Line - Close To My Roots', which basically aims to bring American rappers back to Africa, and close to their roots.

He believes that there are a lot of really good African rappers and singers that the American/European audience is not fully aware of, and would like to use the album to showcase such talents.

He also would like to do a tour of Africa with the artists featured on the album. Already a fine selection of African artists has been recorded alongside several American acts and more are yet to be recorded for the project.

'The Black Star Line - Close To My Roots' album would be Coptic's real introduction on to the African market and subsequently, African artists would have access to world class productions from one of their own, through his new Manager for Africa, Ameyaw Debrah. Ameyaw, who is a Ghanaian celebrity/showbiz reporter and publicist, shall make sure that all of Coptic's interests in Ghana/Africa are being handled properly, whether with contracts or money.

He is also in charge of getting new production work or remixes on quality artists not just in Ghana but all over Africa and not limited just to Hip Hop.

Another vital role that Ameyaw would play would be to scout for new and up and coming talent that can be molded for Rebel Musik, Coptic's African music production branch. He shall also monitor to ensure that song/publishing credits are listed properly on every record produced by Coptic, and coordinate all contracts between artists in Ghana/Africa and Coptic in the USA.

"In the short time that I have known Ameyaw Debrah, I know that he is someone that I can trust. I also know that he is a hardworking go-getter who will represent me very well in all aspects of my business, helping me take it to the next level", comments Coptic.

An excited Ameyaw comments: 'I am really happy for the opportunity to work with such a great talent; not only to advance his business but also to help put Ghanaian/African artists on the international market.

As someone with a huge presence on the World Wide Web, I have been doing that for a lot of Ghanaian and African artists, and I am hoping to take it a notch further with this new appointment. '

The 1986 Nobistor Affair meant to overthrow the Rawlings-led...
14 minutes ago

Check the dignitaries at Rawlings' funeral
41 minutes ago