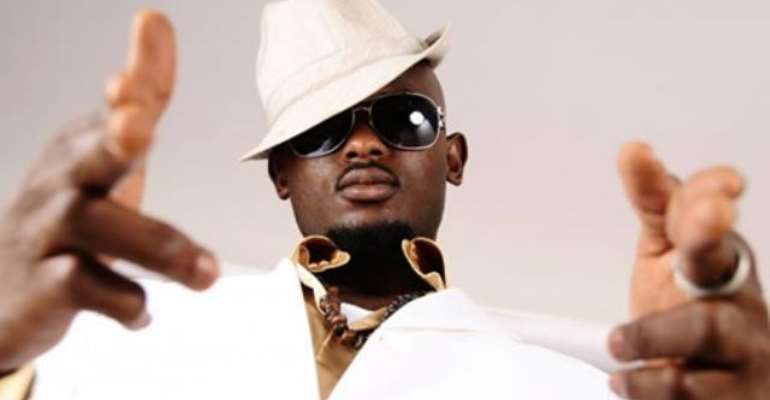 Several weeks before I heard his music, I had been told about this new guy on the block; one that had the potential to cause a stir on the local music scene or even break into the 'outer national'.

I treated it like most of the other recommendations I receive on daily basis. Recommendations in the dozens which tend to be flukes mostly.

Days after hearing search nice words about the gentleman, I heard the collaboration between him and Nii on the hit bound track Sunshine. Then I said to my self 'if this is not a one day, nice writing, good production and excellent producer, great voice -one- time- on- and- off, then this must be a torch bearer for Ragga and the like in our music Industry.

Iwan is indeed a great talent and certainly the best of his crop. No doubt, we have been blessed with several such talents before. The list might be too long but there's been a few out standing ones in our recent history. We've had the likes of Soni Balli, Yogi Dogi and MTN icon Samini. Today by virtue of promotions and other turns and twists in the industry Samini is seen as been on top of the list among the above listed. It is important to note however, that Soni Balli is a pretty great talent, of course, without undermining Samini's talent. What makes Samini special is not merely his MTN attachment and resources at his disposal but his ability to combines Ragga/ Dancehall with Singing. He might not be the best of singers although he has a nice voice or the best in Ragga, Reggae and Dancehall but the combination is what sets him apart. He happens to have more or less excellent grips of music and an understanding into production processes, live music and imagery.

Iwan on the other hand in my opinion is about the best in Regga/Dancehall. Though new on the block he has demonstrated in more than a way and with more than a song his 'rulership' in the genre. If his tracks are covered well in terms of promotion and proper imagery, he is certainly bound to do much better than his predecessors have done. The onus lies on Bullhaus Entertainment to showcase him to Ghana and to the world.

To date his fine works include his rendition of Irene Logan's 'Runaway', judgement Day, His collaboration with Nii on Sunshine and his version of Samini's Triga called That Day. On That Day he was very insightful and spiritual and gave a good account of himself. Industry sources indicate that on the score of that track he is touted as been better than Samini but I say the two can not even be compared. Samini is in a class of his own while Iwan is the new kid on the block setting a new standard. So far at what he does best, he is unparalleled with his almost impeccable 'patoa' and soul searching lyrics Iwan is set to rule the Industry for a long time once he gets in his strides.

If you haven't heard his music, this is the time to comb around for his work and don't have others point him out to you when he's at the pinnacle. Bullhaus Entertainment almost has a niche for spotting great talents, our hope is that they reach higher and manage this one better than has been done previously as he has what it take to be rated among the top in the world.

Inside Politics: Political Quotes
Catch up with all the political quotes from our politicians.
Sponsored
More Spotlight
Modern Ghana Links
The inspiring story of DJ Khadi
[Video] Soldier Caught On CCTV Stealing iPhone From A Phone Shop
Laugh House speed-dating to possibly let you laugh or meet someone — or both
Freelove, Maame Others Heartbroken After Ignatius Snub — Date Rush
JOTNA, the ground-breaking album of Fakeba produced by the legendary John Fryer
Van Vicker Foundation Holds Soccer Gala For Under 13 Teams At Spintex
Eazzy & Efia Odo Spotted Chilling Together
5 Ghanaian Artists That Would Be Great For Coachella
Ghanaians Trolls Can Make You Cry For No Reason - Songstress Queen Haizel
Election Reports Quotes Dossiers
TOP STORIES

The 1986 Nobistor Affair meant to overthrow the Rawlings-led...
17 minutes ago

Check the dignitaries at Rawlings' funeral
44 minutes ago