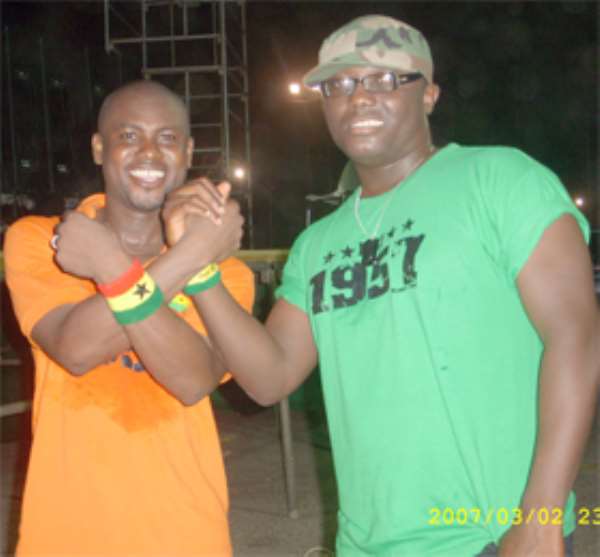 MULTIMEDIA BROADCASTING Company (MBC) has over the years distinguished itself as an excellent platform, churning out the best content for its audience.

MBC serves a wide range of audiences, from businessmen who need quick news fixes to market women who want to be served relaxing after-work programming. Multimedia has engaged just the right men and women to do the demanding jobs.

It is following this that two of its disc jockeys, Joy FM's Drive Time host Nat Kwabena Adisi, aka Bola Ray, and Adom FM's Ofiekwanso host, Abeiku Santana, have been selected to receive the maiden 3G Media Inc. Awards in New York, USA.

The awards celebrate the success of the New York-based 3G Media Inc. which was started some eight years ago by Ghanaian entrepreneur, Charles Nimmo Ntiamoah-Mensah aka Mr. CNN.

Mr. CNN told a media gathering in Accra that the award ceremony will be “honoring distinguished Ghanaians in the country.

The ceremony is a show of gratitude to individuals who have dedicated their lives to our community”.

The event, which comes off on Friday December 4, will feature musical performances and a fashion show by Studio D-Maxsi – led by its famous Ghanaian Fashion Designer, Afua Sam of Silver Spring – Maryland.

While Abeiku Santana describes the award as another reason to spur on his performance behind the console, Bola Ray believes the award is a recognition of his good work.