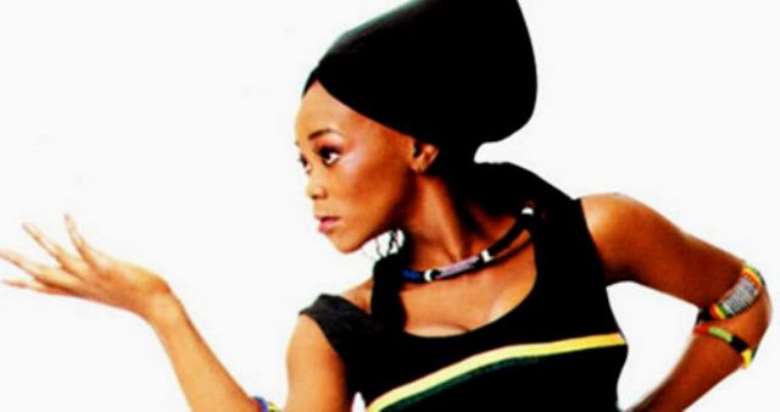 Brenda Fassie (3 November 1964 – 9 May 2004), was a South African pop singer widely considered a voice for disenfranchised blacks during apartheid. She was affectionately known as the Queen of African Pop and her nickname amongst fans was Mabrr.

Brenda was born in Langa, Cape Town as the youngest of nine children. She was named after Brenda Lee, an American country singer. Her father died when she was 2, and with the help of her mother, a pianist,[citation needed] she started earning money by singing for tourists.

In 1981, at the age of 16, she left Cape Town for Soweto, Johannesburg to seek her fortune as a singer. Brenda first joined the group Joy and later became the lead singer for the township pop group Brenda And The Big Dudes. She had a son, Bongani, in 1985 by a fellow Big Dudes musician. Brenda married ex-convict Nhlanhla Mbambo in 1989 but later in 1991 got divorced. It was around this time that she became addicted to cocaine and her career suffered.

With very outspoken views and frequent visits to the poorer townships of Johannesburg, as well as songs about life in the townships, she enjoyed tremendous popularity. Known best for her songs "Weekend Special" and "Too Late for Mama", she was called by Time Magazine in 2001 "The Madonna of the Townships".

In 1995 she was discovered in a hotel with the body of her lover, Poppie Sihlahla, who had died of an apparent overdose. Fassie underwent rehabilitation and got her career back on track. However, she still had drug problems and returned to drug rehabilitation clinics about 30 times in her life.

Since 1996 she released several solo albums like "Now Is The Time", "Memeza" (1997, the best selling album in South Africa in 1998[2]) or "Nomakanjani?". Most of her albums became multi-platinum sellers in South Africa.

On the morning of 26 April 2004, Brenda collapsed at her home in Buccleuch and was admitted into the Sunninghill hospital in Johannesburg. The press were told that she had suffered cardiac arrest but later reported that she had slipped into a coma brought on by an asthma attack. The post-mortem report revealed that she had taken an overdose of cocaine in the night of her collapse, and this was the cause of her coma. She stopped breathing and suffered brain damage from lack of oxygen. Fassie was visited in the hospital by Nelson Mandela, Winnie Mandela, and Thabo Mbeki, and her condition was front-page news in South African papers.Brenda died at age 39 on 9 May 2004 in hospital without returning to consciousness after her life support machines were turned off. According to the South African Sunday Times and the managers of her music company, the post-mortem report also showed that she was HIV-positive. Her manager, Peter Snyman, denied this aspect of the report.

She was voted 17th in the Top 100 Great South Africans.

Her son Bongani 'Bongz' Fassie followed in his mother's footsteps. He performed on the soundtrack to the 2005 Academy Award-winning movie Tsotsi. He dedicated his song "I'm So Sorry" to his mother.