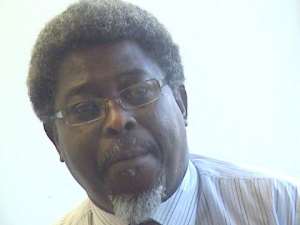 The CPP has an opportunity to deliver for the people of Ghana in 2009-2012 but it can only do so, if it stays disciplined and personal ambitions are sacrificed for party unity.

Everywhere you go in Ghana people are saying if only we have an alternative to the failed policies of the previous 15 years of multi party democracy. Even those who were born during the Rawlings years and those who have only attained the vote during the Kufour years are filled with nostalgia about the good old days of development in Ghana where the government focused on the needs of the people and delivered good education, excellent health facilities, jobs for the many unemployed and led the country into prosperity. This nostalgia was put into sharp focus during the past year during the commemoration of fifty years of our independence when for the first time the founder of the nation Osagyefo Dr Kwame Nkrumah had to be given the prominence he deserves by opposing politicians and the young people had to be educated about the glories of a party the was once the most successful electioneering party ever in the history of Africa.

The hope now is that the bounce will not be squandered by those who are now at the helm of affairs in the party; that they will build on it and perform creditably at the next election; that what the party has lacked for all these years, creditable candidates standing in winnable seats, will not elude us this time around.

But it was not just the independence celebrations that gave us a bounce, the party was also fortunate that for the first time since 1992, there was a determination by rank and file for a resurgence and this was manifested in a keenly contested congress where elections for national executives and a flag bearer was successfully accomplished after primaries in the all the ten regions of Ghana.

The CPP was topical then and it has become even more topical since that congress – the whole country has been impressed with how all the factions and there are factions and groups within any political party and the CPP is a very broad church, have come together to support the leadership of the party.

Indeed that good impression is taking seed in the hearts and minds of most Ghanaians who see the leadership for the first time working closely together with together with the flag bearer to campaign for office with a realistic chance of winning.

A lot more are impressed that in the flag bearer Papa Kwesi Nduom we have a candidate who has demonstrated that he has the interest of the country at heart having worked for the NDC as a management consultant, for the NPP for the past seven years in several capacities related to the economy and that with his world view as both a technocrat and a business person, he more than the other candidates standing for office best deserves the right to lead Ghana with a CPP government.

So it is with some pain that I have to comment on the recent attempts by some party elders to distract the party from the important work ahead of us – that of campaigning to win the hearts and minds of Ghanaians into the divisive rancour that has characterised the CPP without an Osagyefo for the past 16 years. It would seem that the party no longer has statesmen or women capable of holding up to our traditions of democracy and that these old 'wise' people are prepared mid elections to raise the spectre again of a divided party.

The case or allegations as I have been informed has been rehearsed all over the place from 1995 when what was supposed to be an investigation into the state enterprises commission drafted what was supposed to be a report. The report was sent to the Castle and it was not acted upon; no docket was given to the attorney general; no fiat was issued to start prosecution and the matter should have been dropped then as is normal practice. Nonetheless, Dr. Nduom the consultant involved responded to the allegations, cleared his company on the tax allegations to the satisfaction of the then head of the Inland Revenue Service (IRS) Professor Atta Mills (now presidential candidate for the National Democratic Party) and there was no tax to pay. He resolved his own tax issues and there the matter should have ended.

But in 2001 the matter cropped up again when the CPP agreed that Dr. Nduom should work for the Kufour government, we had helped the NPP win the election much in the same way as our alliance in 1992 had helped the NDC win that election. The appointments committee cleared him and allowed him to become a minister, the then Attorney General Nana Akuffo Addo now the flag bearer of the NPP did not find that there was a case to answer. The matter was brought up on the floor of the house and finally resolved by the highest law making authority in the land parliament!

Dr Nduom himself, of his own volition, went on radio and demonstrated to all in the country that he had committed no crime and there was no case for him to answer.

For some of us this matter should not even have been brought up on the eve of our congress. But even then when democracy was allowed to prevail he was cleared to stand the elections as flag bearer and he won. That in any democratic party must surely be the end of the matter.

The CPP needs to learn that it is not these internal issues that the electorate are interested in; it is the the social and economic transformation that the people want that will endear the CPP to them and the earlier we start dealing with those issues the more likely the electorate will warm up to us.

The hour is fast approaching when the CPP will have to unveil its policies to the nation, when this new dawn that requires a new vision must be debated by all in the country. We need to gird our lions and not disappoint the masses of Ghanaians who are looking for real change.

The leadership of the party must not be found wanting and the leader of the party must stamp his authority on the party and remind all that the CPP is an independent party with the best candidate chosen at a properly constituted keenly contest congress in place and all must throw their support behind him.

But what is that they say - Gold passes through fire in order to be brighter so yes the CPP will prevail despite these hang ups.

And yes another proverb – it is always darkest before the dawn and we know that the mighty and vigilant red cockerel will herald that new dawn for the CPP and for Ghana.

Victory will be ours
Forward ever backward never.

Ade Sawyerr is partner in Equinox Consulting, a management consultancy that provides consultancy, training and research services and focuses on formulating strategies for African Caribbean Asian and minority ethnic, disadvantaged and socially excluded communities. He also comments on political, economic and social, and development issues and is a member of [email protected] . He can be contacted through www.equinoxconsulting.net. or by email on [email protected]