I'm pregnant at 63 - but I've made plans for baby's future 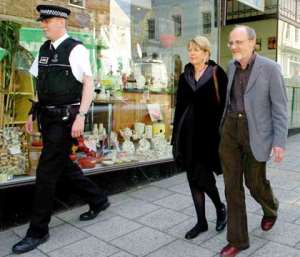 LONDON - A 63-year-old hospital consultant who is to become one of the world's oldest mothers after undergoing fertility treatment abroad told reporters on Thursday she was delighted with her pregnancy.

Patricia Rashbrook, a child psychologist from Lewes, East Sussex, and her 61-year-old husband John Farrant posed briefly for photographers and camera crews outside their home.

"We take our responsibilities very seriously and regard the best interest of the child as paramount. What we would wish now is to be allowed the right to pursue our family life in private," the couple said in a statement.

Italian doctor Severino Antinori told Reuters earlier on Thursday that he had given in vitro fertilisation (IVF) treatment last October to an English woman, without naming Rashbrook.

Antinori, who said he was "excited and proud", shot to fame in the early 1990s when he helped a 62-year-old Italian woman give birth using fertility treatment with a donated egg.

Italy has since introduced some of Europe's most restrictive laws on assisted reproduction and Antinori said he had carried out the procedure this time in an unnamed former Soviet republic.

"The case of the English woman gave me great joy," Antinori said. "She should live for at least 20 to 25 years -- we are not giving birth to an orphan."

Farrant told the Sun newspaper that his wife was seven months pregnant.

"We are of course both very happy and looking forward to the birth," he said. "Obviously at our age it is quite a daunting prospect."

Farrant is Rashbrook's second husband and she has a 26-year-old daughter and a 22-year-old son, the newspaper said.

Most fertility clinics in Britain will not provide treatment for women past the normal age for childbirth.

In 1997, Welsh woman Liz Buttle became Britain's oldest mother at the age of 60.

Last year, a 66-year-old Romanian, Adriana Iliescu, became the world's oldest mother when she gave birth to a baby girl after IVF treatment.

Domelevo Lacks Corporate Character; His Response To Presiden...
2 hours ago