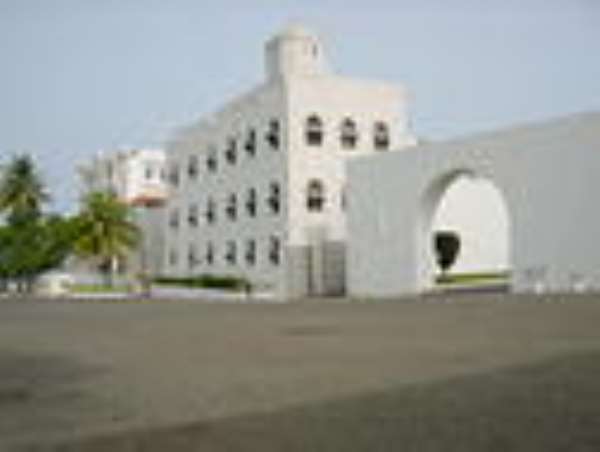 Drama unfolded last Thursday at the Osu Castle, Ghana's seat of Government, when bodyguards and drivers of Ministers of State took an unprecedented stance and rejected food offered them whiles their bosses were in a Cabinet meeting.

An unimpeachable source close to the Castle hinted the Independent that the move was to register the grievances of the bodyguards and the drivers over the persistent neglect and sub-standard treatment meted out to them whenever they go out with their bosses.

The source, who pleaded anonymity, also hinted that the remote course of the aluta by the bodyguards, made up mostly of professionally trained police personnel, drivers and staff of the ministries, was the total neglect of their welfare by the Interior Ministry and their bosses.

According to the source, the angry and disenchanted bodyguards and drivers have persistently complained about the type of food given to them each day they go to the Castle with their bosses to attend Cabinet meetings and they have to wait for them.

The food served them, the source said, is sub-standard food that is not only unfit for animals but can seriously affect the lives of those who can eat it.

Describing the nature of the food, the source said, the rice has no trade and quality status and that it looked like broken rice, part of which is sticky while another part is very soft and close to being described as watery. The source said the rice served last Thursday to the ministers' bodyguards and drivers had two colours, blue and yellowish brown, but he was quick to add that it was however not jollof rice as some may want to take it.

Looking at the food, the two groups unanimously decided to reject the food to register their grievance and protest over the manner in which they have always been treated as Ghanaians with no class such that they are served with such extremely low standard rice.

Among some of the reasons cited for the rejection of the food is that each time they ate rice at the Castle on Cabinet meeting days some of them experienced running stomachs and other forms of stomach upsets and disorders. We boycotted the food because it has always created stomach problems for us, especially myself and some friends close to me, we did that to save our lives and that we believe it is better to starve to death than to be 'poisoned',” a body guard told the Independent.

We are always treated as second rate citizens, but let me tell you that the lives of the ministers are in our hands as guards and drivers,” the bodyguard fumed and added “once the ministers are okay we do not matter, what an absurdity.” The bodyguard said last Thursday's Castle boycott was the last straw that broke the camel's back and that they did that as a move to sound a caution to the authorities in charge of t heir welfare that enough is enough.