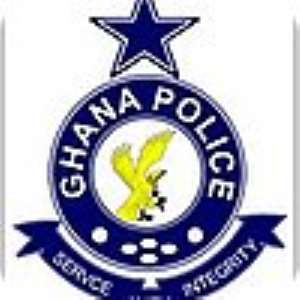 Information reaching The Chronicle indicates that most of the personnel of the Motor Traffic and Transport Unit (MTTU) of the Ghana Police Service in the Sekondi-Takoradi metropolis have stopped taking money from drivers when they go out to perform their duties.

A colleague journalist who was travelling from Cape Coast to Takoradi on Wednesday, October 19, this year told this reporter that a behaviour put up by one of the policemen who were on the road doing motor checks on that day became subject for discussion by the passengers throughout their journey to Takoradi.

The journalist told that when they entered the western side of the Cape Coast-Takoradi highway they Urvan bus they were travelling in was signaled to stop by the police officers from Sekondi.

He said contrary to their convention where they wait for the driver to come to them with their driving license, the Sekondi police this time did not do that.

"Immediately our driver stopped the police officer who stopped him rushed to his door to demand his license and other particulars," he said.

According to the reporter, the driver knowing the rules of the game quickly pulled his license from the roof of his car, opened it, put ¢5,000 note in it and then handed it over to the peace officer.

He said to his chagrin and all the passengers in the car the police officer stood near the front door of the vehicle and in the full glare of the passengers opened the driver's license he had demanded, took out the ¢5,000 note and handed it over to the driver with the message, "thank you this is not what I am demanding from you."

According to the colleague journalist the police officer then scrutinized the papers given to him by the driver and when he was satisfied with the information he wanted, he politely asked the driver to drive on, after wishing him safe journey.

He said the action of the policeman shocked the passengers onboard the vehicle to extent that it became subject for discussion in the vehicle.

The passengers were as usual expecting their driver to get down and hand over the license for "Inspection" but this never happened.

Indeed the following Thursday October 20, about 12 journalists who were traveling from Takoradi to cover an assignment at Tarkwa also witnessed the same episode at the Apramdo barrier.

When the reporters got to the barrier there were three cars ahead of theirs so they stopped.

And from afar this reporter and his colleagues saw a fair colored peace officer handing over money a driver he had stopped gave him.

He then ordered the driver to get down and open his boot for him to see what was inside.

Once again, when he was satisfied that the driver was not carrying any contraband goods, he told him to drive on.

The action of the policeman came as a surprise to the journalists because ordinarily he would have taken the money without even looking back.

It was during the discussion of the subject that a colleague also said he saw similar professional behaviour exhibited by an officer on his way from Cape Coast the previous day.

A police source that spoke to the Chronicle on the new behaviour of the Sekondi-Takoradi police said the police administration wanted to erase the bad impression the public had against the police and that what the journalists saw was one of the fruits of the internal education they are currently carrying out.

According to the source, it takes two to tango. In other words both the giver of the bribe and the taker are all guilty before the law.

He however regretted that it was always the police that are accused of taking bribes from drivers when the latter were the people who gave it to them and are therefore equally guilty.

The source appealed to the public to help the police administration by just writing down the number of the driver that gave out bribe to a police officer and the service number of the latter and hand them over to them for investigation and the necessary action.

The police source said they are doing their best to address the situation through the internal mechanism they had put in place but the support from the public would go a long way to help them weed out the bad nuts from the police service.

"Of course as a human institution you cannot expect all of us even though we have gone through training to behave the same way. Definitely there will be bad nuts among us but we are doing our best to minimize it," the source said.

About two months ago The Chronicle carried a front-page banner where it was stated that the Minister for the Interior, Hon. Papa Owusu Ankomah, had caught a police officer taking bribe from a driver at the Inchaban barrier near the Aboadze Thermal Plant junction.

The Interior minister confirmed the story when he was contacted at that time.

According to him, though he saw the whole action himself the police officer involved vehemently denied it so he asked the officer in charge of the barrier to investigate the issue and take the necessary action against the said officer where possible.