Impact of Social Media on the values of Future Generation 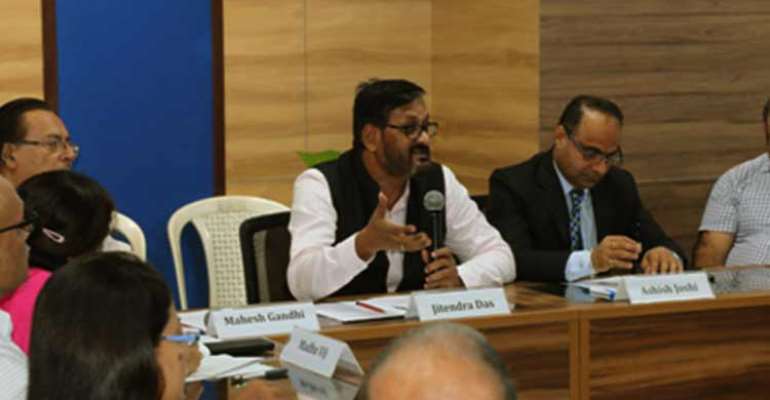 A Round Table Conference was organized by FORE School of Management in association with Federation of World Academics(FWA). The theme for the conference was ‘Impact of Social Media on the values of Future Generation’. Sixteen Eminent speakers from Higher Education Institutions have participated as Panelists of this event. The session started with the introduction of all the speakers by Prof. Mahesh Gandhi, President, Federation of World Academics.

Dr. Jitendra Das, Director, FORE School of Management has moderated the entire Round Table Discussion. He initiated the discussion by introducing the topic. He compared the internet era from its launch in 1995 in India to the current scenario where information is flowing freely via technology. He also shed light on the present Social Media scenario with respect to sharing of fake information, usage of social media by political parties and the current issues of data selling. He declared the floor open for the speakers to share their views on the positive or negative impact of social media that could occur on future generations.

Prof. Ajay Kumar Jain, Director, IMS Ghaziabad recounted his own experience with his child regarding the misuse of social media and added a. He talked about materialistic culture which is understood through artefacts and non-materialistic cultures which is based on values and beliefs of the society. With changing values in our society and impact of egoistic motive on the society, he stressed that parents and teachers should be accessible to children in regards to the undesirable information available on social media.

Dr. Vijay Vancheshwar, Professor (Communications, General Management and Marketing), IMI Delhi discussed about the younger generation being addicted to social media in such a way that technology has enslaved them. The extensive usage of technology has given them a ‘Fear of Missing Out’ and a ‘Fear of Being Offline’, if not in touch with it. Social media has taken over personal interaction. He also quoted that technology is affecting people more than physical illness.

The next speaker, Prof. Pria Warrick, President-cum-Executive Director, Pria Warrick Finishing Academy emphasized on the peer pressure faced by the younger generation in the way of doing things in a particular manner. Social Media fills the gap which is created when the children are isolated while their parents are busy. There is no role model at home which leads to vulnerability at a very young age as a result of which children pick up values from social media. She also put forward the fact that Indians and Chinese have so much intellect but they lack social skills leading them to use social media more extensively, giving an impression that everyone is having fun while in reality no one is. 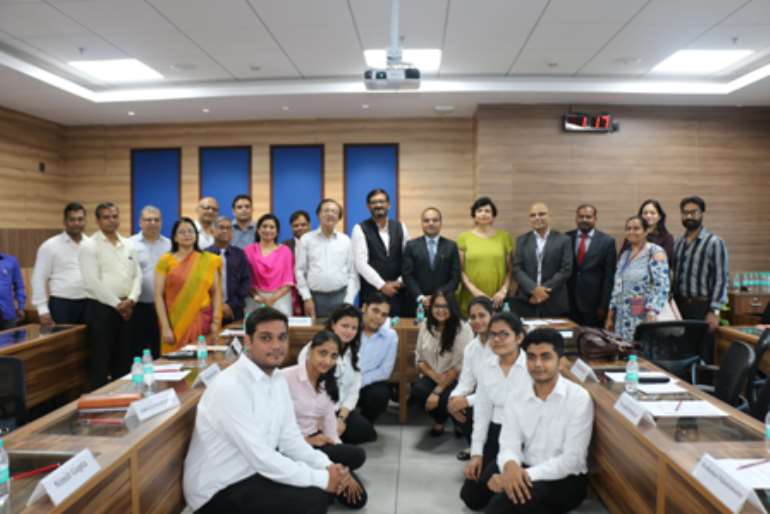 Quoting social media as a double edged sword, Dr. Madhu Vij, Professor in Finance, Faculty of Management Studies, University of Delhi reasoned that social media is a tool and its usage is up to us. There is a need to understand and navigate the best way to use this tool. She showed a positive side of social media by sharing her personal experiences in regards to accessibility to certain useful applications for the younger generation. She always quoted the example of Airbnb which rose to success by a wise usage of social media. She also gave instances about the regulations followed by schools these days in regard to the monitoring of screen time of a student.

Dr. Sriparna Basu, Professor (Communication), FORE School of Management spoke about the transformation of internet by citing examples from the Internet Galaxy and Gutenberg Galaxy to Digital Galaxy. She emphasized on the escalation of Freedom of Expression through social media while previously there were no channels to provide thoughts. She also quoted that social media is a source of collective learning. A generation is not characterized just by the age group but also through some characteristics. She also cited stats from a study conducted in North America where only 8 percent of the people use social media for job opportunities which is disturbing.

Prof. Saroj Kumar Dutta, Director General, Accurate Institute of Management & Technology (AIMT), Greater Noida talked about values being deep rooted in an individual and gave several humorous examples to describe changes in behaviour due to social media. He also differentiated between the values of Ratan Tata and Cyrus Mistry by giving the example of the recent Tata feud. He concluded by saying that social media will always affect people but how much will it affect values is a question since they are deeper rooted.

The floor was then taken by Prof. Nimit Gupta, Associate Professor, Fortune Institute of International Business (FIIB), New Delhi who analysed the use of social media through three lenses, the first being, why do people go to social media, second, what will happen when people go to social media and third, how to eradicate something negative on social media. He supported Prof. Vijay Vancheshwar’s point about increased social media usage by youngsters due to ‘Fear of Missing Out’ by citing stats from a research done by Tata Consultancy Services on the vitality of social media usage among youngsters in India. He also explained the concept of ‘Socially Accepted Decision Making’ which shows that people value a product not because they need it but because someone owns it.

Prof. Irfan A. Rizvi, Professor of Leadership and Chain Management, IMI Delhi brought attention to the fact that while focussing on future generation, it is also necessary to analyse the effect of social media on the values of current generation. He quoted that it is not guns that kill people but the person holding the gun. In a similar way, social media is just a channel, however, the content creators are responsible for the adverse effect on values of people using social media. He established that there should be methods to filter content on social media so that it does not harm any generation.

Dr. Ashish Joshi, Senior Associate Dean, City University of New York established that the purpose of social media was to connect the disconnected, however, its negative side has come out more prominently. He gave an instance of a WhatsApp service providing personalized dietary services in slums to show the positive side of social media. He also stated that despite the boons, data selling and cyber bullying are major concerns of using social media.

Dr. Jitendra Das talked about the change in the quantum and speed of the flow of information available with the evolution of the society. He quoted several instances from recent events including those from US Presidential Elections where the Russians interfered by influencing Hillary Clinton’s supporters through fake news. He also quoted an example from German Election campaign where the candidate won because of fake news of supporting refugees was circulated on social media. The power of social media cannot be undermined as can be witnessed from such global events.

Prof. Shiva Ram from Taxila Business School, Jaipur explained that social media is not a lion which needs to be tamed. Social Media based companies like Uber make life easier. There are several educational resources available through social media. He stated that the boons of social media outweigh its banes and the main objective lies in finding ways to control the negative use. He also mentioned that not using social media makes one uninformed while its overuse makes one misinformed.

The next speaker, Dr. Rakhi Tripathi, Associate Professor (IT), FORE School of Management stated that device and connectivity are two important tools for social media. Information was always available but the medium has changed. Moreover, social media is the only channel where two-way communication is possible.

Dr. Sivakumar Palaniswamy, Director, EMPI Business School stated that India ranks first in total downloads of inappropriate content. The students frequently use social media apps like Facebook, Instagram and Twitter, however, they do not use or mention LinkedIn very often which is an important social media app for students. He showed the negative aspect of social media by giving instances of children being handed over mobile phones with social media content in order to engage them.

Prof. Mahesh Gandhi shared his views on the alarming situation that is occurring in every home with the overuse of social media leading to loss of values among youngsters. Most youngsters are victims of depression or anxiety. In addition to this, the attention span and patience level have also reduced. Thus, there is a need to start bringing change in our homes first.

The session proceeded to the discussion on the practical approach of using social media. Dr. Ashish Joshi explained that there is an urgent need to regulate what kids are watching. He also stated an example about schools in USA where a computer is provided to every student where they get an opportunity to connect, however with close monitoring. Educational institutions must take responsibility in teaching several aspects of social media.

The session was concluded with Dr. Jitendra Das stating that self-regulation is extremely essential for the proper use of social media. At the society level, government should take necessary steps to maintain privacy of people. The focus should be on adaptive learning from social media. The session ended with a vote of thanks by Prof. Mahesh Gandhi to all the speakers who participated in the conference by contributing their views on such an important issue.