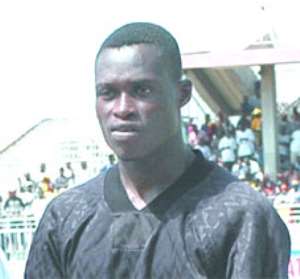 National and Hearts of Oaks goalkeeper Sammy Adjei have finally been transfered to Moadon Sport Ashdod of Israel for a reported $150,000. Sammy Adjei who have signed a 3 year contract with the Israeli club was expected to leave for Israel last night. Under memorandum of understanding, the two clubs have agreed that Hearts will receive $50,000 as initial fee with the remaining been paid in installments after the first 6 months of the contract.Hearts are to benefit by 30% of any onward transfer, if not the player by the contract automatically reverts back to Hearts. With this Hearts who have been in financial difficulties for some time now over unpaid bonuses and salaries will see it a relieve for them to offset some of thier huge debt. It will be recalled that Hearts recently transfered Louis Agyemang to Kaizer Chiefs of South Africa for a reported $150,000, which they claim have not been settled as now by Kaizer Chiefs.They also transfered stalwart defender Daniel "AGYENKWA" Coleman to Saudi Arabia which fetched them $50,000 for the 10 months duration of the contract.