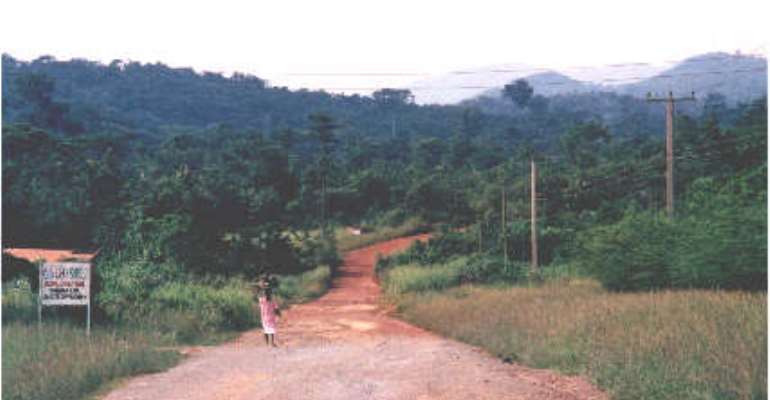 Gwollu (U/W), April 23, GNA - The poor performance of contractors working on roads in the Upper West Region took centre stage at all the People's Assemblies held in all the district capitals in the region during the week.
All those who raised this issue noted that the local contractors lacked the requisite equipment to enable them undertake road projects and therefore called on the government to consider setting up a plant pool in the region.
In the absence of this, they said, preference should be given to non-indigenous or foreign contractors who had the capacity to do such jobs.
At Gwollu in the Sissala West District, the people said most of the roads were in deplorable state and drivers were using that as an excuse to cheat passengers by charging above the stipulated fares. ''Roads awarded on contract more than two years ago have either not been started or have been abandoned mid-way leaving them in a worse state.''
Mr Ambrose Dery, the Regional Minister in response, said the government would not allow any contractor to sabotage its efforts.
As a result, the minister terminated work on some feeder roads projects in the two Sissala districts due to non- performance. He commended Chinese contractors who rehabilitated 11 dams under the Upper West Regional Agricultural Development Project last year while it took local contractors in the region seven years to rehabilitate eight dams.
At Tumu in the Sissala East District, Mr Dery and Mr Moses Dani Baah, the Deputy Minister of Private Sector Development and President's Special Initiatives, took turns to address concerns raised by the people and educated them on key government policies.
The people expressed unhappiness with the importation of rice, saying it was reducing the market for locally produced rice and appealed to the government to address the issue.
They said the bad nature of the main Tumu-Wa road was stifling economic activities in the district.
In the last of the series of people's assemblies held at Funsi in the Wa East District, the people called on the government to act on the influx of Fulani herdsmen in the district.
They said their women could not go to their farms without escort because they had been instances of rape by these herdsmen. The people also complained about the lack of access roads in the area to the extent that it often took more than four hours to move from one community in the district to the district capital.
Mr Dery said the government was aware of the deprived status of the district and was spending 7.7 billion cedis on the development of roads in the district this year.
He said citizens were behind the influx of Fulanis whom they often assisted by illegally collecting cows from them and told them to resist them by reporting their activities to the police. The Regional Minister assured the people that provision had been made in the assembly's budget this year to procure materials for the extension of electricity to Funsi and also establish a police station there.