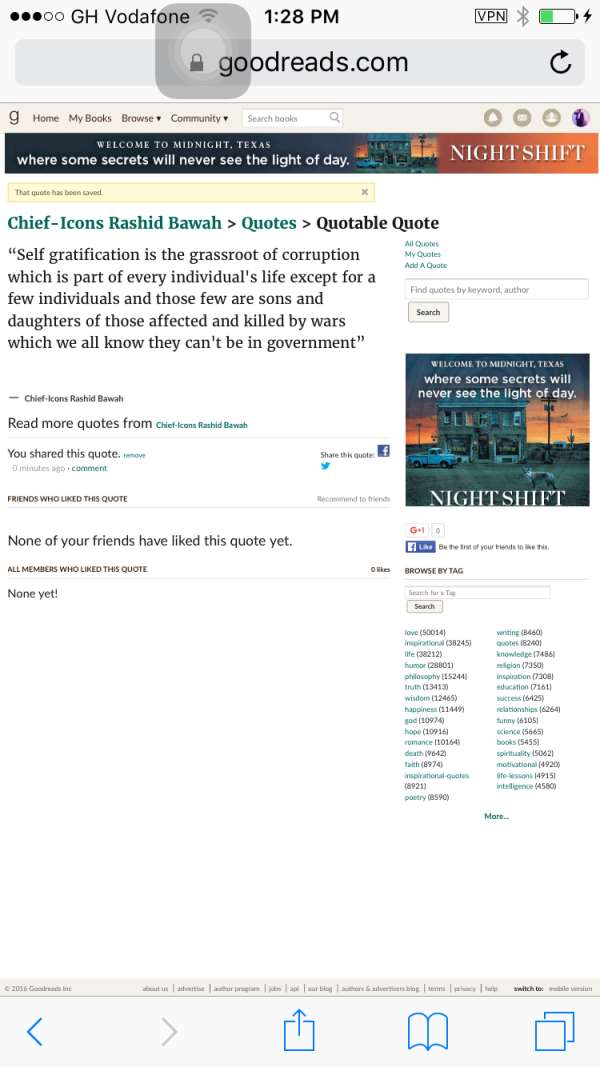 African leaders are so wicked that , they don't want the youths of this modern world to be put in their desire positions in the society because they fear replacement , they know the only way Africa will get to an improved economic growth standard ,which will sustain and maintain permanent employments for Africans will expose the truth about who is truly keeping the black man as a slave to the colonial rule set and operated by the white man. The black man can never be freed from complete slavery in Africa because their freedom will demand many of our African leaders to be jailed . They don't want to be replaced with smart youth who has endure the torture of hardship in all aspects of poverty bought forth by same leaders .

Greed for self comfort is what is filled in the heart of the Black man since they have abandon their own truth and accepted the lies of the white Man who always bring division and confusion between them .The white man is always greedy for power , That is why corruption has gone beyond keeping and spending an important monies meant for projects which could have bought comfort to their people , Corruption has reach a level of struggle and battle for power . This greed for power steals the sense of the Black Man and make them reason like fools before the white man and claim to be wiser in front of their fellow black man. Even after stealing from the innocent people ! their families don't get to benefit a penny from their pockets . This habit is wickedness , and this wickedness brings CORRUPTION , which has taking over the Africa system of governance .The white man has not only discovered how to use African natural resources for their own developments but as also capture and diverted the black man's attention and mentality from investing in themselves which could have force the white man to accept Africans with value and respect.

Until the Black Man rise to expand and invest in themselves internally just like they do externally , Their freedom will forever be tied to the white man and they will continue to be Slaves . Africans always consider the white man as their true man which I believe it is time for a fair exchange since we are all equal and a products of one man and woman from the beginning of creation . There are lots Africans in the western world , and many of them don't have any investments within their own country and now , Donald Trump display of ignorance should awaken the sense of reality in the Black Man to begin accepting and investing in their own countries because no matter how long you stay in another man's country , you can never make it your permanent home.

Developed countries started from some where , they were only able to break the chain of poverty because they combined recycling with sanitation and also discover the combination of logic, friction and imaginary which is technology ; which gave them the comfort they need to explore the world in all aspects by applying it to their systems which makes them ahead of Africa in terms of developments. The developed countries has already taking the lead in terms of developments but Africans are smart and strong to managing their own affairs but pride, self gratification and greed in the hearts of Africans always deny them the rightful use of their senses just because they hate their kind and love others.

If African leaders will concentrate internally and divert their investment into their own countries ; they will be able to realized that there are many extensive technics that can generate and attract more income in Africa aside gold and cocoa , things like investing in our educational systems by polishing the computer skills of our youths by turning them into young CEOs , young experts and young entrepreneurs and also implementing our agricultural industry to maintain better medical systems by re-inventing our natural ways of animal and food cultivation which will help discover more naturally herbs with less chemicals that cures fatal sickness like cancer , heart problems , kidney failures etc. African scientists are focusing too much on manufacturing of alcoholic products that rather render them weak and weary . This two strategy alone can attract more employment opportunities in Africa and leverage as well as improve their living condition.

A concerned citizen who is fighting to rescue, restore and rise the flag of Africa beyond the streams of underdevelopment to the ocean of complete and transparent democracy to enhance human equality to attract massive dignity and worth to improve the living condition of all Africans .

Founder of DAGCOP , where developmental resolutions will be implemented and solutions executed by the contributions of all religious leaders, political leaders ,high profiles business men/women in football, music and movies as well as the average citizen.

W/R: Adiembra residents save 17-year-old student from kidnap...
9 minutes ago