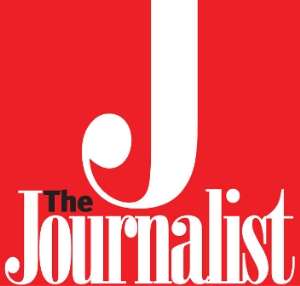 Washington DC, May 3, GNA - Research conducted by the Washington Freedom House indicated that conditions of journalists around the world deteriorated sharply in 2014.

Ms Jenifer Dunham, Project Manager of Freedom of the Press 2015, said journalists faced severe restrictions on the free flow of news and information including grave threat to their lives.

Ms Dunham, co-author of the report, said this at the launch of the 2015 Annual Report on World Press Freedom in Washington DC.

Freedom House is a Non-Governmental Organisation that conducts research and advocacy on democracy, political freedom and human rights.

She said two major factors identified by the report for the decline was the passage and use of restrictive laws against the press often on national security grounds and the inability of local and foreign journalists to access and report freely from a given country.

Ms Dunham said in a time of seeming unlimited access to information and new methods of content delivery, more areas of the world were becoming virtually inaccessible to journalists.

She said government employed tactics including arrests and censorship to silence criticisms in addition to attacks, kidnapping and murdering of journalists by other organised groups.

Ms Dunham said even though there had been positive developments in some countries the dominant global trend was not the best as the report indicated that only 14 per cent of the world's population enjoyed press freedom.

She said wealthy owners of media houses who dominated the private media in a growing number of countries shaped news coverage to support the government, political parties or their own interests.

Ms Dunham said the report further revealed that hostile conditions for women journalists on their jobs increased in 2014.

She said such acts against women were as a result of the expansion of twitter and other social media platforms that had created new avenues for women harassment.

She said such intimidations had proliferated and threatened to silence women reporting on crucial topics on corruption, politics and crime.

Ms Dunham said restrictions on expression may be a politically expedient way to react to public discontent and insecurity.

She said the wide and growing range of threat to media freedom around the globe presented a challenge to democratic values and called for an end to all brutalities for a free and democratic society.