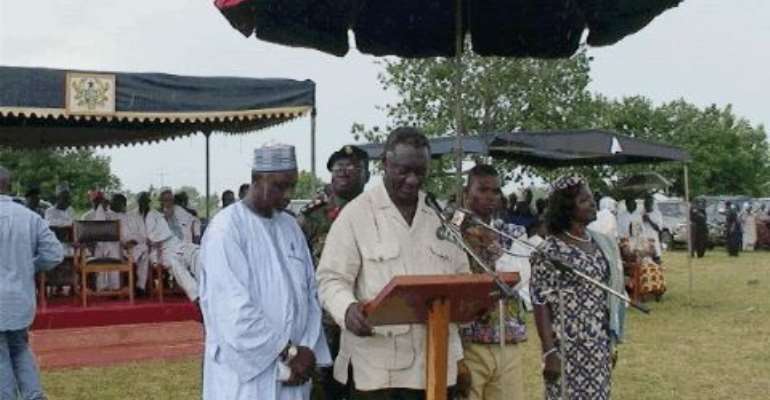 The only reason that President Kufour has a deputy who is a northerner is that he needs their votes to be the President of Ghana.

However, really, Kufour holds Northerners in contempt. He showed this contempt as far back as 1968 when he was the City Clerk at the Kumasi City Council.

In an interview with the drum, a magazine in 1968, J.A. Kufuor accused Northerners of being responsible for the crime wave in the Kumasi metropolis. Here him;” the crime wave in Kumasi has become a terrible headache, especially to those of us directly responsible for the administrating of the city. I will say the reason is the ever increasing flow of people from the North into Kumasi.”

“Clearly, this statement is meant to imply that it is only the northerners in Kumasi who are responsible for the acts of armed robbery and thefts in Kumasi. Indigenes of Kumasi never came up for blame for the outbreak of crime in the city.

This Kufour man has shown his true colours, says an angry Alhaji Ali Alhassan, an opinion leader in Kumasi when the Democrat showed him a copy of the drum.

This confirms the already held notion that President Kufour is a tribalist.