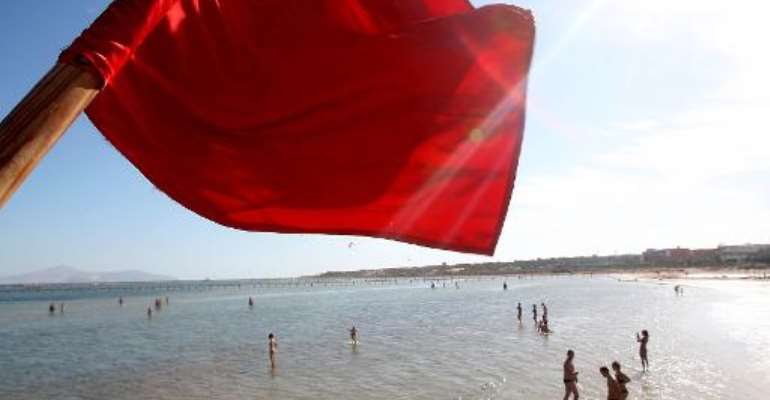 A red flag serving as a warning of shark sightings flutters over tourists on the beach in the Red Sea resort of Sharm el-Sheikh on December 8, 2010. By (AFP/File)

Al Qusayr (Egypt) (AFP) - A 52-year-old German tourist was killed Sunday in a shark attack in an Egyptian Red Sea resort, in the first such incident in five years, police said.

The attack in which the shark sheared off the German's leg took place off Al-Qusayr.

It was the first fatal shark attack in Egypt since a string of maulings in 2010 that left a German woman dead and three Russian tourists wounded in another Red Sea resort.

The Red Sea is home to several species of shark, but the type believed to have been behind the 2010 attacks was the oceanic whitetip common to the region.

The attacks in 2010 forced the government to close off a stretch of beach in the Sharm el-Sheikh resort for a week.

In 2009, a shark killed a French woman off another resort close to where the German tourist was attacked on Sunday.