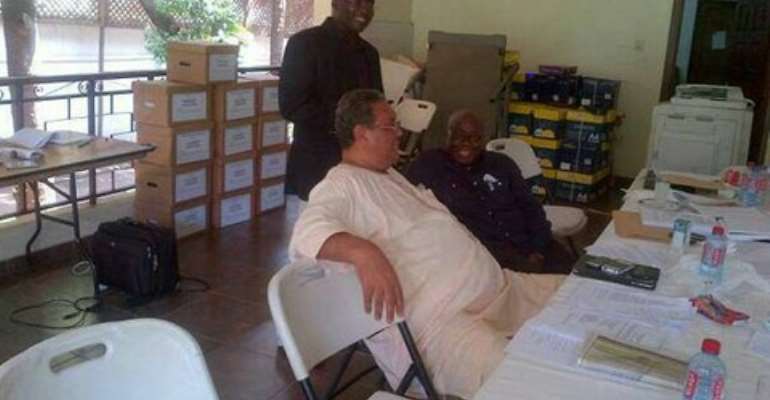 A member of the National Democratic Congress legal team, Abraham Amaliba is convinced the NPP would have been financially sound if it had not pursued the 2012 presidential election in court.

According him, the NPP is cash strapped because it invested heavily in the petition in which the petitioners - NPP's 2012 flag bearer and two others - were declared losers after eight month trial.

The national chairman of the party, Jake Obetsebi Lamptey has informed the party that its financial standing cannot support the about GHc1.5 million centralised national delegates congress scheduled for March to elect national executives and discuss other party matters.

But Mr Amaliba said on Joy FM, MultiTV's current affairs programme NEWSFILE Saturday that the NPP is in financial difficulties because the party in 2012 took a “decision which has today turned around to hurt them financially, so they shouldn't complain”.

He believed monies paid by party's Members of Parliament and those from other sources were sank into ligation: paying lawyers and collecting pink sheets (data on polling station results)

Mr Amaliba said the NPP went all over the country collecting pink sheets, and “administratively they have to pay for all these things”.

“What is the source of this brokenness? Clearly, I can pinpoint to one thing, against the wise counselling of Wereko Brobby, Dr Tamakloe and even Ndebugre, they proceeded to court and wasted all the resources in there. They had to pump in money to prosecute that agenda. That is part of the reasons why you are broke.”

Meanwhile, NPP Minority Members of Parliament who contribute about GHc35,000 monthly to keep the party running are up in arms against the National Executive Committee for setting aside the party's constitution and choosing to organise decentralised elections.

Many have accused the current leadership of financial malfeasance.

But Editor-in-Chief of the New Crusading Guide newspaper Malik Kweku Baako Jnr. said on NEWSFILE that the accusers are yet to support their claims with evidence.

However, he strongly believes failure to organise a centralised congress would be an “exercise in self indictment” on the national executives especially those who are seeking re-election.

He doubted the party is in serious crisis. “I find it very difficult to swallow that the party doesn't have money,” he raised suspicion.

Mr Baako called on the executive to wake up to the “backlash effect” and advisedly backtrack on the decentralisation proposal.