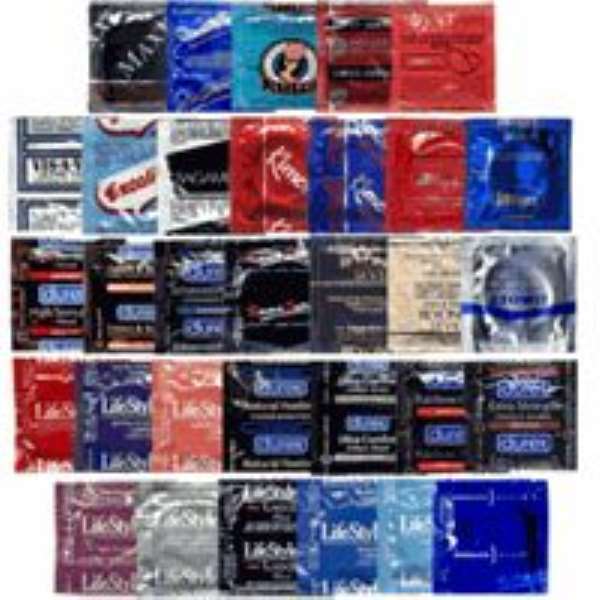 Chief Condemns Use Of Condoms In Fight Against AIDS AIDS Scandal: Top Politician Sues Girl Friend Hotels in the country would soon be compelled by as a matter of government policy to put condoms in their bedrooms. The policy would be giving bite to the HIV/AIDS awareness creation campaign, aimed at mitigating the spread of HIV/AIDS menace. Prof. Sekyi A. Amoa, Director General of Ghana AIDS Commission in an interview with ADM said the Commission, in collaboration with the Ministry of Tourism and Modernization of the Capital City, tourism organizations and hotel management in the country would ensure that the policy is formulated and implemented. He said he hoped there would be "compromise and understanding" among the stakeholders." This he said would go along way in the fight against the spread of HIV/AIDS. He said based on research, the Commission had realized that the use of condoms among men is about 6% and 2% for women. He said the commission would assist the Ghana Poverty Reduction Strategy policy of ensuring that the usage of condom is promoted to a higher percentage by next year.
He said measures would be put in place to ensure that enough condoms are put on the market to meet the demands of the public. He said the use of condoms among the females is very low because people complain of the price, which they say is too high.
"Government would see what could be done about the cost", he promised. He said other concerns raised by women include the noise made by the condom, it does not create comfort for them and others said most men do not encourage women to use the female condom.
The Director General said because the Commission wants individuals to be responsible for their health and put value to what they do, from time to time Voluntary Counseling and Testing (VCT) would be made free to encourage more people to get their status tested.
He called on the General public to understand the importance of having their HIV/AIDS status tested, which he described as a tool for a behavioural change.
As part of its activities for the year, he said the commission would put more information on HIV/AIDS across to the general public, so that more people would be educated on it.
Other interventions such as home based care, upscale of VCT, care for orphans and vulnerable children among others would be instituted.
Prof. Amoa said people affected by the disease would be assisted with income generating activities so that they would be gainfully employed.
A workplace policy to bring the private sector on board is being formulated by the commission. He said the commission is working hard with the Ghana Chamber of Mines, Association of Ghana Industries (AGI), Trade Union Congress (TUC), Private Enterprise Foundation (PEF) and other private sector organisations to achieve its objectives.
To enable organisations at various levels access funds and other assistance from the commission, the Ghana AIDS Commission has now decentralized its operations.
Prof. Amoa said due to the decentralization, all Community Based Organisations (CBO) which want to present their proposals to the commission would do so through the District AIDS Committee.
The committee would collate all the proposals, evaluate them and make selection for the District Assembly to endorse and sign contract with the Ghana AIDS Commission.

The Innocent Flower Looking Akufo-Addo Is The Mother Serpent...
6 minutes ago